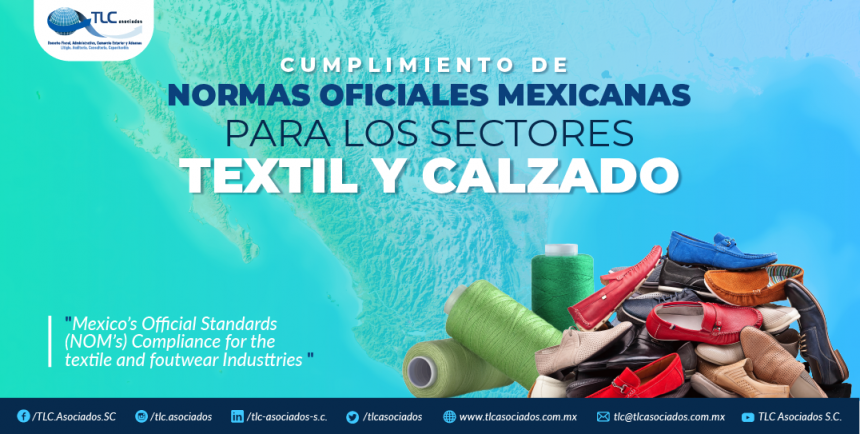 On April 18th, 2019, the “Agreement that modifies the article by which the Secretariat of Economy issued rules and criteria of a general nature in Foreign Trade matter” was released to take effect on May 6, 2019.

In this publication, tariff classifications were added, modified and eliminated, mainly from the textile and clothing and footwear sectors, which are subject to compliance with Mexican Official Standards when entering national territory in accordance with the Secretariat of Economy, Annex 2.4.1 from the Rules and Criteria:

II. NOM-020-SCFI-1997 Commercial Information – Labeling of leather and natural tanned fur and synthetic or artificial materials with that appearance, footwear, leather goods, as well as products made with such materials:

It is advisable to review the requirements that must be met to label the goods correctly. Likewise, importers may opt for the labeling exceptions established in the aforementioned Annex, for which the identification code will be entered in the pedimento, as applicable.

On the other hand, it is a customs violation to omit or record inaccurate data in relation to compliance with the commercial information of the Mexican official standards at the time of its entrance to national territory, thus they will be penalized with a 2% to 10% fine in co-relation to the commercial value of the goods. In addition, they will be retained by the customs authorities in the exercise of their verification faculties.