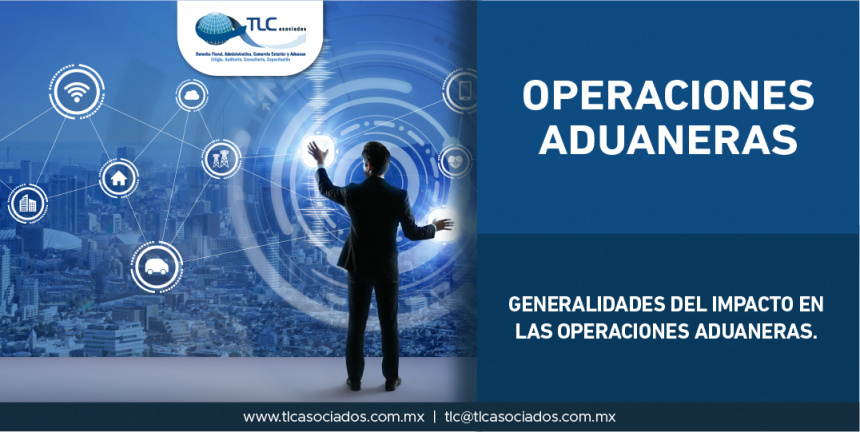 SECOND RESOLUTION OF MODIFICATIONS TO THE FOREIGN TRADE GENERAL REGULATIONS FOR 2018 (OFG September 20, 2018)

Comments: This juridical device is related to the anticipated version of the foreign trade general provisions published on July 13 of 2018 in the Tax Administration Service (TAS). In this context, the rule 1.4.3 is modified to precise that the Technical Norm of Laboral CompetenceCertification is issued by the Consejo Nacional de Normalización y Certificación de Competencias Laborales (National Council of Normalization and Certification of Laboral Competences).Previously, it was incorrectly stated as “National Council of Normalization and Certification”.

Comments: In Rule 1.6.22 the legal fundament of article 14 of the Federation Federal Code is updated, due to the fact that before it indicated article 11 the stated juridical regulation.

III. Exempt operations from use of official locks

Comments: This juridical device is related to the anticipated version of foreign trade general provisions published on June 1stof 2018 in the TAS portal. Therefore, section VII of rule 1.7.3 is modified to add the assumptions for exemption for presentation of using locks in customs operations to the international transit regime,per say, to international transit by national and foreignterritory.

Comments: The sixth paragraph in rule 1.8.1 is modified to expand the term on October 1stof 2018 related to the compliance of the “Duties for the authorized to provide electronic prevalidation services of data contained in petitions”, indicating that it should not exceed for December 31stof 2018.

Comments: Rule 1.9.6 is renovated to establish new duties, between them, to require more information about the company, passengers, tripulation and flights, as in 30 minutes of transmission before the flight takes off, whether the information can be modified.

Comments: Rule 1.9.10 is modified to request additional information of the Master Aero Guide and the Air Cargo Manifesto. Additionally, in the consolidated operations case it indicates that data should be provided in an individual way of the aero house guide that mentions rule 1.9.17 (Aero electronic guide)

Comments: Rule 1.9.17 is renewed with the intention of adding more information, in which should be declared to the Aero House Guide.

VIII. Operational Norms of the Council.

Comments: This juridical device is related to the anticipated version of the foreign trade general provisions published on June 1stof 2018 in the TAS Portal. In this context, rule 1.11.2 is grammatically modified to erase the reference to ¨necessary invites¨ and mention ¨special invites,that will be those necessaries¨. Additionally, precises that “Council of Tariff Classification Operational Regulations” Will be revealed in Annex 5 of the RGCE.

Comments: Rule 2.2.5 is modified with the intention to reduce from one-month term down to 15 natural days for regulated petroleum products in Annex 28 of the FTGR, as long as they count with the installations for their maintenance and conservation. Additionally, this type of merchandise can be returned to foreign countries once they have been authorized.

Comments: Rule 2.3.2, third paragraph is renewed to erase the approval of the Administración Central de Operación Aduanera de la Administración General de Aduanas (Customs Operation Administrative Center of the Customs General Administration) in accordance with the following: “…as in the ACOA in relation with the compliance of the requirements and duties in matter of equipment’s that are required to facilitate customs office…”.

Comments: This juridical device is related to the anticipated version of the foreign trade general provisions published on June 1stof 2018 in the TAS Portal. In this sense, rule 3.2.11 is incorporated, in which offers administrative facility that allows family members and relatives to the interior of a household of goods that once were from a person who deceased in a foreign country, for which should comply with the procedure from tramit fiche 103/ of the Customs Law.

Comments:Last paragraph from rule 3.4.6 is modified to stop mentioning“Under the Operation Guidelines for Temporal Internship of Vehicles and Temporal Import of vehicles, trailers and foreign origin shipments.” issued by AGA, available for inquiry in the TAS Portal.

Comments: Rule 3.7.8 is modified, details that it can request information related to foreign trade operations, the Chambers and Industrial Associations grouped by the Confederation by Industrial Sector forwarding to the Customs General Administration in accordance with agreements that subscribes and lineaments that will be revealed.

Comments: Rule 4.25 is modified to erase the reference “Under the Operation Guidelines for Temporal Internship of Vehicles and Temporal Import of vehicles, trailers and foreign origin shipments issued by the AGA”.

Correspondingly, administrative faculty is conceded to verify shipment data or declared importers in the permit, for which should substitute the document. Besides, this prerogative can be applied during examination stage. It is worth mentioning that a tramit fee should be covered worth in national currency to 51 dollars plus tax.

Comments: Rule 4.2.7 is modified to erase the reference “Under the Operation Guidelines for Temporal Internship of Vehicles and Temporal Import of vehicles, trailers and foreign origin shipments issued by the AGA”.

Comments:  On June 25 of 2018, the DOF (Official Federation Gazette) published the  “DECREE by which the article 69-B from the Federation Fiscal Code is reformed” that Will take effect after 30 days from its publication, per say, August 20 of 2018.

In this sense, derived from the modification to the quoted juridical provision, the previous third paragraph was relocated to the fourth paragraph which indicates the following: “Once the period for documentation and information contribution has elapsed and, in its case, the deferral, the authority, in a lapse that will not exceed more than 50 days, will value the manifested proofs and defenses and will notify their resolution to the respective contributors on behalf the Tributarian inbox. During the first twenty days of the period, the authority may require from the contributor additional information and documentation, which should be handed during a 10 days period afterwards receiving the requirement notification on behalf the Tributarian inbox. In this case, the referred period of fifty days will be suspended departing emerging effects the requirement notification and will be resumed the day after the 10 days period overdues.

Furthermore, a list will be published in the Official Federal Gazette and in the Tax Administration Services website, with those contributors that have not undermined the allocated information, and therefore, are definitively in a situation referred as in the first paragraph. There is no existing case in which this list can be published before the thirty days after the notification to the resolution.

Consequently, soliciting companies should comply with all their fiscal duties, Customs and social security, avoiding being published by the TAS in the definitive list of companies that commit inexistent operations, due that it is an obligation of permanent compliance.

XIX. Benefits for the automobile industry.

Comments: In rule 4.5.31 section VIII recycled packaging is included to the benefits for companies dedicated to the terminal automobile industry or automobile transport manufacture to be destined to the Fiscal Deposit Regime within six months. Additionally, a dollar worth declaration can be made in the customs documentation for introducing or extracting from the Fiscal Deposit recycled packaging or containers with merchandise.

Comments: This juridical device is related to the anticipated version of the foreign trade general provisions published June 1stof 2018 in the TAS Portal. In this context, in rule 4.6.19, section I, second paragraph an administrative facility is added that allows value declaration for merchandise that has been settled in annexed documents to the petition or in the transportation documents except in the operations of luggage and franchise of transmigrants. (Petition code T9)