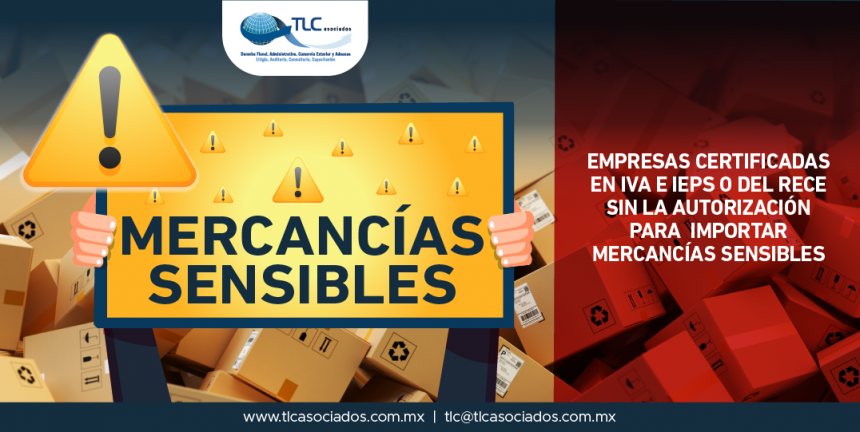 On August 6, Bulletin number 003 was published by the Tax Administration Service, which refers to the “Temporary import of goods of Annex II of the IMMEX Decree and / or Annex 28 of the GRFT” or commonly called sensitive goods, where it medullarly points out:

“… companies that without having the authorization of the rule 7.1.2. seventh paragraph of the GRFT, intend to temporarily import the goods indicated in Annex II of the IMMEX Decree, must pay the corresponding VAT or STPS, … and have the authorization to expand the IMMEX Program from the Secretariat of Economy to carry out the temporary importation of said merchandise “.

In other words, even before the bulletin in question, the general interpretation we had for those who imported sensitive goods was as follows:

This last point of not needing the authorization of SE, and only paying what concerns the VAT or STPS, was thus concluded, even for having made it known by the authority itself by means of individual emails, where the only consequence was the payment of the corresponding VAT, not so obtaining authorization from SE, example:

You are reminded that if you have the Registration in the Company Certification Scheme modality VAT-STPS, … and that you make temporary imports of goods listed in Annex II of the IMMEX Decree or of the Annex 28 of the GRFT, that the term established for the presentation of the authorization notice for the temporary importation of said merchandise under the Registry in question, expires on May 2 as established in the Technical Information Bulletin P007 dated February 1, 2017.

Therefore, we invite you to make such a statement prior to the expiration of this term, since otherwise you will not be able to import goods from Annex II of the IMMEX Decree and from Annex 28 of the GRFT with the payment form 21, that is, they must make the corresponding VAT payment, maintaining current validity of the Registration in the Company Certification Scheme modality VAT-STPS, for the temporary import of the other goods “.

Strengthens the commented interpretation, the fact that the provisions that regulate the issue of authorizations by SE for sensitive goods, establish that to exempt the fulfillment of requesting that authorization, as the only condition, that an IMMEX company has the VAT and IEPS Certification, and does not condition the existence of the authorization of rule 7.1.2. of the GRFT. The foundation is found in article 6, section II of the IMMEX Decree, in relation to article 5, section I of the same order, let’s see:

“ARTICLE 6.- Companies with a Program that have certified company registration will enjoy the following benefits:

II.-        Be exempt from compliance with the Agreement referred to in article 5 of this Decree;

“ARTICLE 5.- The Secretariat, with the prior opinion of the Secretariat of Finance and Public Credit, shall determine, by means of an Agreement published in the Official Federal Gazette, the following:

I.-         The specific requirements that must be met to carry out the temporary import of the merchandise indicated in Annex II of this Decree, as well as those established by the Secretariat by means of an Agreement, which will be subject to what is provided in said Annex;

As we can see Bulletin number 003, loses sight of the provisions of the previous ordinances, and now specifies that in case of imports of sensitive tariff fractions, without having the authorization referred to in rule 7.1.2. of the GRFT, they will not be able to carry out the import of these merchandise, having to process the authorization before the Secretariat of Economy, which will represent an administrative burden for the companies that are found to be in that situation.

In view of the above, it must be borne in mind that these imports will be prevented from being imported under the VAT and STPS Certification, which leaves the possibility of importing them paying the VAT, but also complying with the obligations imposed by the Secretariat of Economy through rules.