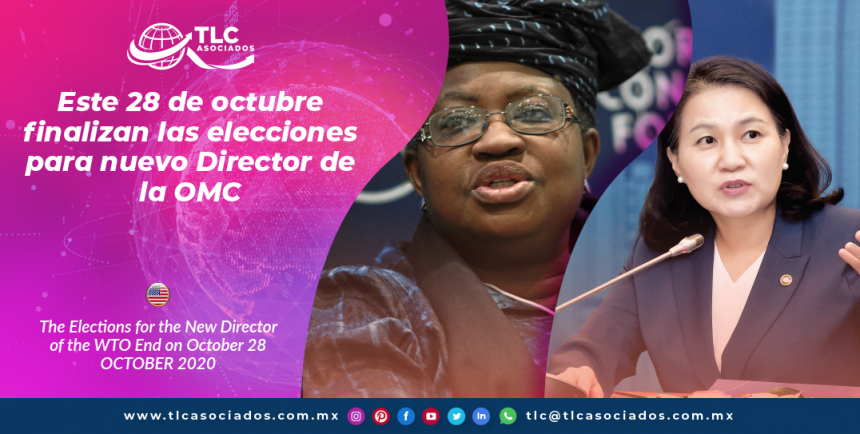 After the formal start of the nominations for Director General of the World Trade Organization (WTO) on June 8, and the end of the nominations on July 8 with 8 candidates proposed by their governments, the third phase in which Roberto Azevêdo’s successor will be designated culminates on October 28.

It was on July 31 that the General Council agreed that three phases of consultations would be held with WTO Members beginning on September 7 to assess their preferences and determine which candidate was best suited to obtain consensus support.

The results of the first phase of consultations, held from September 7-16, were released on September 18 by the Chair of the General Council, who announced that the candidates from Moldova, Egypt and Mexico would not continue in the process.

As the Prime Minister of Commerce of the Republic of Korea, she has been an innovator, negotiator, strategist and pioneer in her 25-year business career. She has dedicated her career to advancing the multilateral trade arena since the early days of 1995, when she took charge of WTO affairs at the Korean Ministry of Commerce, Industry and Energy, through her role as a key strategist for the Korean FTA and, more recently, as a negotiator for the Regional Comprehensive Economic Partnership (RCEP), the Korea-China FTA and the KORUS Renegotiation of FTAs, among other trade initiatives.

Her belief in the importance of the multilateral system and its constant renewal stems from Korea’s position as the main beneficiary of the open trading system represented by the GATT and the WTO.

An expert in global finance, she is an economist and international development professional with over 30 years of experience working in Asia, Africa, Europe and Latin America. She currently serves as chair of the Board of Gavi, the Global Alliance for Vaccines and Immunization. Since its inception in 2000, Gavi has immunized 680 million children worldwide and saved 10 million lives. She is also a Senior Advisor at Lazard and serves on the Boards of Standard Chartered PLC and Twitter Inc.

Previously, she served twice as Nigeria’s Minister of Finance, from 2003 to 2006, from 2011 to 2015, and briefly as Minister of Foreign Affairs in 2006, the first woman to hold both positions. She spent a 25-year career at the World Bank as a development economist, reaching the number 2 position of Managing Director of Operations.