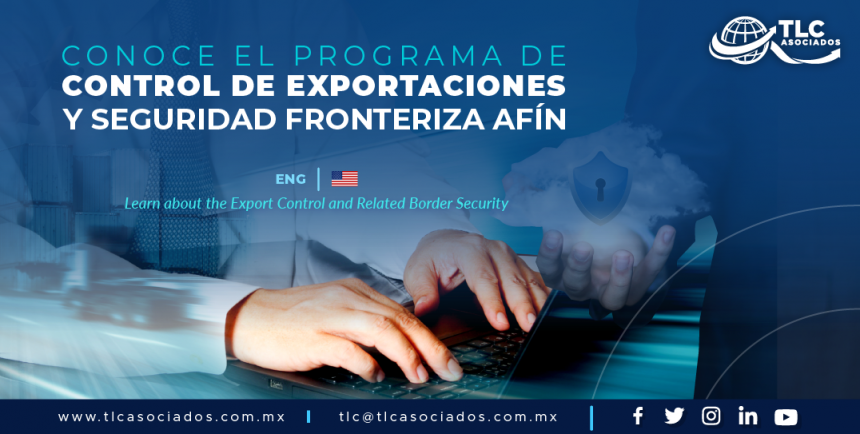 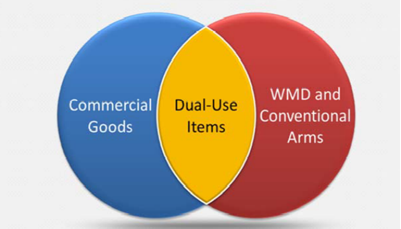 Companies that manufacture or consume products of dual-use are susceptible for their operations or goods to be used by terrorism groups. For this reason, it is important to have preventive measures and alerts that allow to identify immediately any possible threat that drive the company to fall in a contribution for the illegal use of said goods.

“The world is over-armed and peace is underfunded”

The Export Control and Related Border Security (EXBS) from the Department of State of the United States seeks to avoid the proliferation of weapons of mass destruction (WMD), the destabilizing accumulation and irregular movement of conventional weapons through the creation of effective national control system for trade in countries that have, produce or supply strategic goods, as well as for the countries allied (Mexico included) to help comply with their obligations and international commitments, such as Resolution 1540 of the UN Security Council, in addition to following the guidelines of multilateral export control regimes.

Weapons of mass destruction (WMD) are weapons designed to kill a large amount of people, both civilians and military. These weapons are not generally used for a specific target, but for an area extended beyond the one-mile radius. They have devastating effects on people, infrastructure and the environment. One of the most dangerous ones are nuclear weapons. Only one of them can destroy an entire city, besides murdering millions of people and putting in danger the environment such as the life of future generations, since its long-term effects are disastrous.

The fast progress on the cybersphere and cyberweapons, added to the progress of artificial intelligence and weapon automation, such as drones and completely autonomous weapons, pose challenges for international security and the current disarmament system. Therefore, the United Nations is working on multiple levels to face the repercussions of these new technologies.

The proliferation of nuclear, chemical and biological WMD and their launching poses a growing threat to international peace and security. Despite that the agreements and control regimes for the export of sensible technologies have slowed down the spread of WMD and its course on the last decades, many states have succeeded in developing such weapons or are attempting to do so. The risk of terrorist groups acquiring dual-use technologies, or nuclear, radioactive, chemical or biological agents adds a new critical dimension to this threat.

The dual-use and weapon trade control are politics that states use to control the international movement of military products and dual-use items, i.e., products, software and technologies that have the potential to be used for both civilian and military applications. The export controls for dual-use items cover a wide range of products and technologies, affecting not only manufacturers but also transport providers, academic institutions and research institutions.

The key contribution to international security has been the help to prevent the supply of goods and technologies that can contribute to illegal weapons of mass destruction programs. However, in the last years there has been a big emphasis on the role that other areas can play. This includes the prevention of terrorist acts, human rights abuses and control of trade in cyber-surveillance systems.

United Nations instruments, various export control regimes oblige States to implement controls on transfers of certain types of software and/or technology. Nevertheless, the content and coverage of these controls differ significantly. Some apply only to technology and do not mention software, others apply only to WMD-related items, while others only cover software and data transfers and do not cover knowledge and technical assistance.

The Wassenaar Arrangement was established in 1995 with the objective of contributing to international security and stability. It promotes transparency and greater accountability in the transfer of conventional arms and dual-use goods and technologies, thus avoiding destabilizing accumulations. The aim is also to prevent terrorists from acquiring these items. The Agreement maintains control lists of military equipment and dual-use items. The dual-use list includes a General Technology Note which states that controls also apply to technology transfer, which is defined as “specific information necessary for the ‘development’, ‘production’ or ‘use’ of an item”.

Also, the resolution 1540 (2004) of the Security Council demands for all the states to adopt and comply with efficient measures to establish national controls in order to prevent the proliferation of nuclear, chemical and biological weapons and their course systems, establishing appropriate controls of related materials. In order to do so, they must (…) establish, develop, evaluate and maintain appropriate effective national export and trans-shipment controls over such items, including appropriate laws and regulations to control export, transit, trans-shipment and re-export (…).

The EXBS has developed the following points that could indicate potential illegal export, and to which companies should be alert: