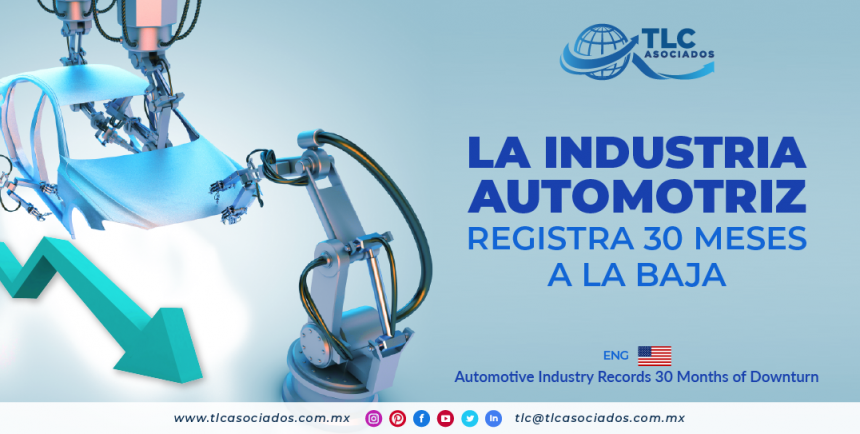 According to figures from the National Institute of Statistics and Geography (INEGI), automotive production decreased 13% during the month of November 2019 compared to the same month last year.

A total of 300,292 vehicles were manufactured in the country – the lowest volume for a November since 2016. This represents the biggest fall for an eleventh month in 16 years.

This result is due to the fact that 8 out of 12 vehicle manufacturers in the country reported a reduction derived from changes in production lines and the low demand for cars in the world.

Vehicle exports were also negative by 7.4% during November, with 268,296 vehicles exported. All manufacturers decreased their exports with the exception of BMW, General Motors, Honda, Nissan, and Volkswagen. Of the total cars exported to other countries, 227,684 units were exported to the United States, 0.4% below what was sent in November 2018.

In the accumulated exports in 2019, the shipment of 3 million 104 thousand 359 units was 2.2% lower, compared with the first eleven months of the previous year. These are the first reductions presented by the industry in 10 years.

Guillermo Rosales said that for 2020, the automotive industry also expects a fall, although it will be between 2 and 3%, i.e., a lower figure than what has been reported in recent years, so the recovery of the sector could be recorded in 2021.

“The biggest sacrifice has been made during 2019 and we do not expect significant changes for the following year”, stated Rosales.