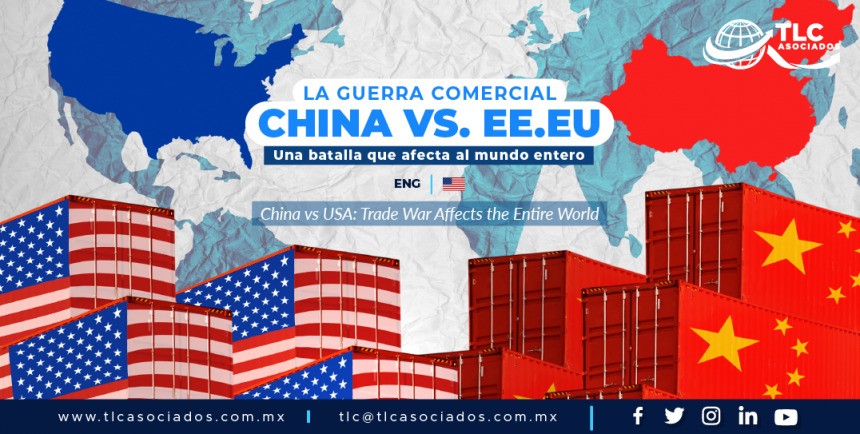 In August the trade war between China and the United States has intensified, suggesting that the confrontation will last until 2020. On August 1st, U.S. President Donald Trump announced the entry into force (by September 1) of an additional 10% tariff on various products of Chinese origin, which would represent $300 billion of imports, thus taxing virtually any product from the Asian country including: footwear, toys, clothing, cell phones, and electronic products.

China responded, on August 5th, announcing that their companies would stop purchasing American agriculture products and allowed their currency to devalue. On the same day, the U.S. Department of Treasury denominated it as a “currency manipulator”. Recalling that China has a long history of interventions in the exchange market for the devaluation of its currency, despite that such actions violate the commitments signed in the G20.

Finally, on August 13, the Office of the United States Trade Representative announced that they will postpone the application of 10% tariff on products such as footwear, cell phones, certain toys, computers, video game consoles, computer screens and some clothes until December 15 of 2019. To the rest of the goods the tariff increase will be imposed. He mentioned that, based on reasons of health, national security and other factors, certain products will be excluded from either of the two lists.

Some of the products that will be affected by the 10% tariff on the date cited are: food such as peanuts, cheese and meats, as well as gloves, scarves, ski boots, baseballs, soccer balls, ice skates and books.

Moody’s Analytics predicts that rising tariffs and new tariffs would reduce China’s Gross Domestic Product (GDP) growth by 1.2 %, it also predicts a slowdown in U.S. GDP, and an increase in the unemployment rate if both are imposed. Despite the U.S. President’s claims that the consumer does not pay the price of the tariff increase, the National Bureau of Economic Research (NBER) determined that last year American households for the tariff increase paid more on average: $414 per household.

This tightening adds to the pressures of a non-agreement Brexit, the weakening in world industrial production, the U.S. threat of leaving the World Trade Organization, the fall of the German economy by 0.1% in the second quarter of the year compared to the previous period, coupled with the lowest growth of the euro zone since 2013. And China’s lowest industrial growth in a decade.

This situation brings financial uncertainty for all the world, impacting the price of main international assets such as gold, and fuel, as well in an increase on raw materials for the world automobile industry and a weak demand. In our country the sectors potentially affected are those that depend directly on exports.

In Latin America, the trade war places the countries under a condition of choosing between Chinese or American interests and projects. Both countries have the pressure tools to impose their trade and political priorities: they are the major purchasers of exports, they are major suppliers of industrial and capital goods, they are major investors on whom the region’s balances of payments and even jobs depend.