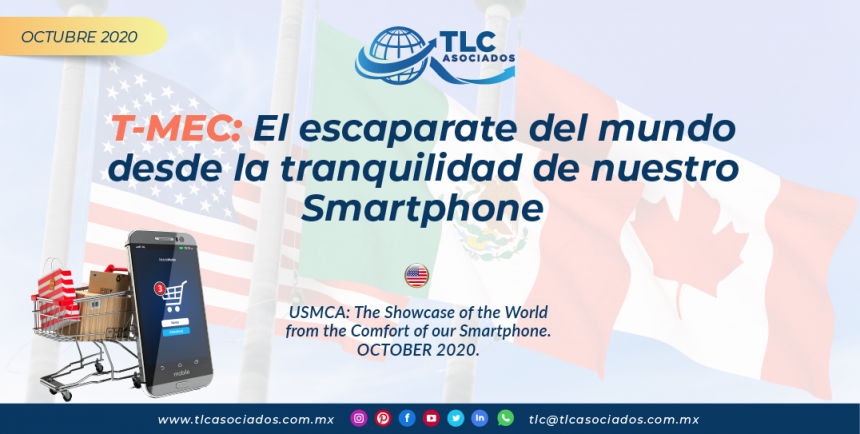 If we put in one sentence the speed with which e-commerce moves and the flexibility of the legal rules that regulate it, we would surely think that with the speed of e-commerce we can look at the window of the world from the tranquility of our Smartphone.

The first website turned 29 years old on August 23, 2020. Sir Tim Berners developed and opened to the world the first World Wide Web by collaborating within the European Organization for Nuclear Research (CERN), which can still be found at http://info.cern.ch/hypertext/WWW/TheProject.html. The research he started since 1989 was in the public domain on August 23, 1991.

In the 1990s, speaking of e-commerce meant proposing a commercial transaction between two distant entities and very simple means of payment (bank transfers with their corresponding verification by fax or email). The first electronic payment is estimated to have been made in 1995.

Since that time until today, e-commerce has been transforming in a more accelerated way than the rules that regulate it.

E-commerce is the buying and selling of products or services through communication networks, i.e., electronic media, such as the Internet and other computer networks, regardless of where the buyer is or when he wants to do so. In this sense, Keneth Laudon, professor at the Stern School of Business at New York University, mentions that e-commerce “comprises the digital commercial transactions that occur between organizations, between individuals and between organizations and individuals”.

For the World Trade Organization, the transaction is agreed upon electronically, but payment and delivery do not necessarily occur online or by electronic means. In this context, Ricardo Méndez points out that in the agreements related to the WTO it is possible to define electronic commerce as that which encompasses three different types of transactions, all of which require consideration:

The following are some of the e-commerce modalities:

Refers to the trade or strategy between trading companies to do business with the client or end consumer. This is the most popular form of online business.

Business relationship between a company and its own employees.

B2G (Business to Government) or G2B (Government to Business)

It consists of the processes of requesting, offering and negotiating products or services between companies and the government through the use of the Internet.

It is considered an inverted network business scheme within which consumers offer products and services to manufacturers, distributors and companies.

The term defines a business model through the use of the network that commercially relates the end user or end recipient to another end recipient.

Through electronic platforms the government provides 24/7 services for end consumers and between federal, state and municipal entities.

The gap or opportunity is opened in the use of technology and the relationship or supply that is provided between the government sectors, federal, state and municipal.

In Mexico, sales registered in 2019 reached the millionaire figure of $421.25 billion pesos, according to the Internet Association with an increase of 24% with respect to 2017, analysis prior to the Pandemic we are living. The national survey on availability and use of information technology in homes conducted by INEGI showed that 71.5 million inhabitants in our country had access to the Internet in 2017. On the other hand, “Digital 2020 Global Digital Overview” states that 88 million Mexicans are connected to the Internet, that is, more than half of the Mexican population.

It is increasingly evident that consumer habits in Mexico are changing. The finding and discovery of technology has been making a difference. In our country, on average, internet users are connected for eight hours and 21 minutes, according to “Digital 2020 by Hootsuite and We are Social”, which reveals that 40% of our daily time is connected through devices, the Mexican internet users.

Another study on e-commerce in Mexico 2019 developed by the Internet Association shows us that Mexicans have different preferences when it comes to internet shopping. 65% purchased transportation services, 47% fast food, 43% lodging, 41% tourism and travel services, 40% event tickets, 35% digital services, 34% clothing and accessories and 23% super and pantry. We will have to see the change in trends at the end of this year.

As of September 2020, according to the consulting firm “CB insights” of the ten most valuable startups in the world, companies whose value exceeded 1 billion U.S. dollars unlisted, three come from China, including first Bytedance owner of TikTok, six are from the United States and one from India.

The Boston Consulting Group’s June report states that in the segment of the most innovative companies, competition is also between the United States and China with 6 companies from the United States (Apple, Alphabet, amazon, Microsoft and IBM) and 4 from Asia, 2 from China (Huawei and Alibaba), 1 from Korea (Samsung) and 1 from Japan (Sony).  Given this scenario, traditional trade must prepare to be more competitive and take advantage of the Mexico, United States and Canada (T-MEC) Treaty in the new commercial era that began in the North American region.

Without a doubt, the difference in the fulfillment of obligations, regulations, payment of taxes, responsibilities between traditional and electronic commerce represent a concern in terms of security and guarantees for the final consumer and the governments of the countries.

On the other hand, these modalities generate a greater variety of goods, being the price determinant and not the quality in many of the cases. This decreases customer loyalty, but would allow the internationalization of small and medium enterprises, provided that an international regulatory framework is established to encourage and eliminate asymmetries with large multinationals.

Within the USMCA, this modality of trading goods and services is included in Chapter 19 entitled “Digital Commerce”, which has 18 articles and 1 annex.

This chapter covers the commercialization of goods and services through digital platforms. The special feature lies in the fact that the operation is carried out by electronic means through the Internet, even when the material delivery of the good or service is made in a physical way. In this aspect, the chapter on Digital Commerce is transversal since it is linked to the chapter on Customs Administration and Trade Facilitation, just to mention one of them.

Among the objectives in the negotiation, the following were generally established:

The definition is found in Article 19.1, which states that they are “a computer program, text, video, image, sound recording or other product that is digitally encoded, produced for sale or commercial distribution and that can be transmitted electronically. For greater certainty, a digital product does not include the digitized representation of a financial instrument, including money”.

It is also contemplated to allow the cross-border transfer of information by electronic means, including personal information, when this activity is for the conduct of a covered person’s business, with some exceptions as established in Article 19.11.

Some relevant aspects of this chapter:

In terms of customs duties, Article 19.3 mentions that no duties or other charges shall be imposed on or in connection with the import or export of electronically transmitted digital products.

However, it does not prevent the imposition of internal taxes, tariffs or other charges on an electronically transmitted digital product, provided that such taxes, tariffs or charges are imposed in a manner consistent with the Treaty.

Modernization of the USMCA

There are new models and technologies that are not considered in the USMCA that will surely be addressed in the report in the fifth year and the review in the sixth year of the treaty.

Finally, without extremes in the regulatory framework, tariffs and customs duties would be evaded and online sales service platforms and courier companies would be the big winners, at the expense of or displacing local small and medium enterprises.