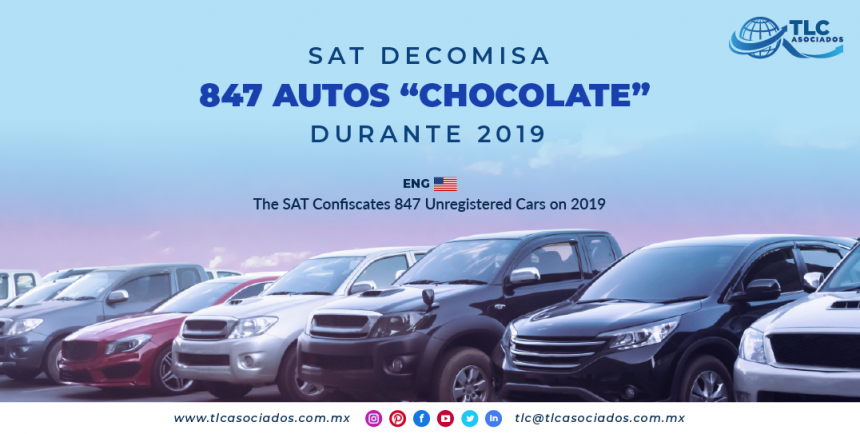 According to information collected by the Tax Administration Service (SAT) during 2019, 847 unregistered cars have been confiscated on the international bridges located in Tamaulipas. The so-called “chocolate” cars are unregistered cars coming from outside of the country, mainly from the United States.

The confiscations are due to violations of the Customs Law, which indicates that prohibited import goods will be seized or when the corresponding documentation on the import of the unit is not accredited.

According to the SAT, the largest number of confiscated vehicles attempting to enter Mexico illegally is recorded on these international bridges located in the city of Nuevo Laredo.

The customs authorities in Nuevo Laredo have taken out a total of 400 cars, including vans, compact and luxury vehicles. However, of the total, 467 became property of the federal treasury and were placed at the disposal of the Service of Administration and Disposal of Goods (SAE for is Spanish acronym), which can be donated to charitable institutions or be auctioned.

In addition to compact vehicles or vans, there are also cargo trucks that have been secured by customs authorities.

Other products that were also seized in Tamaulipas customs were beer and whiskey with more than 30 embargoes totaling 1,600 bottles of whiskey.

As for fuel, Tamaulipas customs authorities added 1,205 liters of gasoline that entered the country illegally during 2019.

It is worth mentioning that most of these seizures took place in January, when the campaign to combat the theft of hydrocarbons at the national level began, since in recent months there have been no seizures.

Regarding diasel fuel, 570 liters were confiscated, which were recorded in the months of January and February 2019, with a total of 7 procedures of which 6 were in Nuevo Laredo and one in Matamoros.

“In TLC Asociados, we develop a multidisciplinary team of experts in audits and risk analysis for consulting, implementing strategies and complying with foreign trade operations”