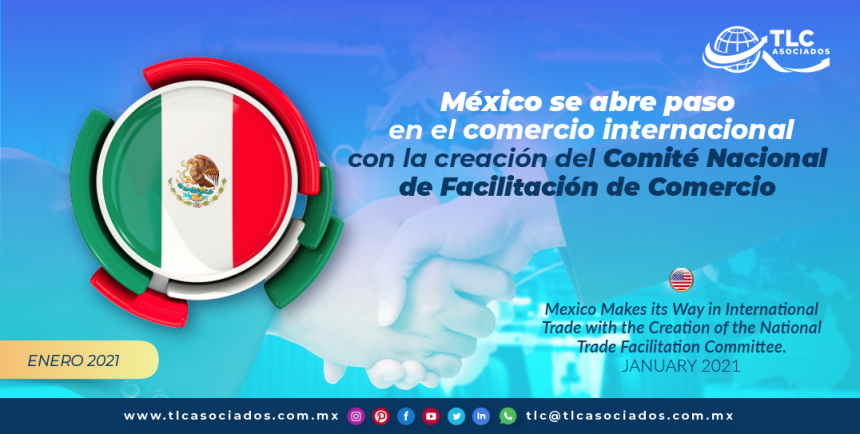 January 22, 2021 will be memorable day in Mexico. The AGREEMENT that establishes a permanent National Trade Facilitation Committee was published, which represents a greater opening of our country to international trade and is considered a fundamental advance in the compliance with the Trade Facilitation Agreement (TFA) of the World Trade Organization (WTO).

The agreement is made up of:

Composed of 9 departments with voting rights.

The president may extend invitations to representatives of:

They shall be under the chairmanship of a Director General or equivalent and shall have only VOICE.

The committee will make recommendations for the establishment and implementation of trade facilitation measures:

The TFA is part of Mexico’s international treaties, i.e., it is binding. The Executive Branch entered into it on November 27, 2014, the Senate of the Republic approved it on April 28, 2016 and it was published in the Official Journal of the Federation (DOF) on April 6, 2017.

Mexico deposited before the WTO its decision to adhere in category A (comply with the TFA immediately) since July 26, 2016. This agreement enters into force worldwide on February 22, 2017.

P A total or partial reproduction is completely prohibited. All rights are reserved to TLC Asociados, S.C. The content of this article is not a consultation; therefore, TLC Asociados S.C., its team and its author do not assume any responsibility for the interpretations or implementations the reader may have.