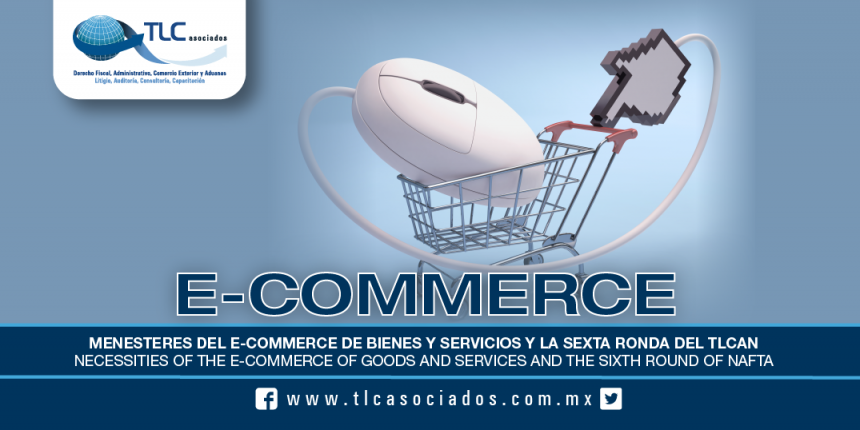 The Güemes philosopher said that “the darkest hour is just before dawn”, we are boarding a flight to Montreal, tomorrow, Monday, January 22, 2018 we will have the opportunity to share points with 24 Chambers of Commerce, eight from the United States, eight of Canada and the same number of Mexico, prior to the sixth round of negotiations of NAFTA-TLCAN-ALÉNA.

The points that will be addressed are interesting for lovers of free trade and who know the benefits of the people of the three countries that sign this Treaty.

The working groups began yesterday, January 21, 2018, highlighting the topics that we all know from the press, the position of the Mexican team being to maintain the nature of the Treaty with aspects that must be modernized, the rules of origin in the textile and automotive sector will continue to give something talk about in this round.

Continuing until next Monday where a ministerial meeting is expected to be carried out, that is, that the ministers of the three countries hold a meeting, after the meeting of the chief negotiators.

For our part, the reflection is still in digital commerce, dear reader, it will be interesting for you to know that the market value of electronic commerce had a growth by 949% from 2009 to 2015, according to the AMIPCI (Mexican Internet Association).

But in the market, there are rival companies that are giving something to talk about, the most prominent are Amazon, followed by Alibaba, in Mexico at the end of 2016 the platform that led the way is Mercado Libre.

In order to understand the impact on the market, we have to deal with some events that arise from the electronic commerce of goods and services, which will allow us to better assimilate the situation and the importance it has in the lives of people.

Recently, Sears Canada announced the closure of all its stores in Canada, causing 12 thousand new layoffs, but in the last five years they had already closed some 200 stores and dismissed some 6,000 workers.

The company explained that these actions were taken due to the market’s current state, in addition Sears Holdings has closed 300 stores worldwide, informing the Security and Exchange Commission that the low sales were the reason for the closing of the stores.

We cannot forget that, during the third quarter of 2017, there were 6 thousand 752 stores that were scheduled to close in the US, this is more than double the total of stores that closed in 2016 and is close to exceeding the maximum historic of 6 thousand 900 stores closed in 2008 (year of the financial crisis), according to the Council of Shopping Centers.

We should ask ourselves if; this situation could occur in Mexico? The above is only due to the lack of adaptation to the market? or are there other factors that contribute to the loss of competitiveness of companies?

On the other hand, it is worth remembering that last October the European Commission sanctioned Amazon because it determined that “Luxembourg granted undue tax advantages”, ordering it to recover the 250 million euros (mde) that the company had not paid for taxes .

Also determined that Apple had to pay 13 thousand million euros of taxes not collected by Ireland thanks to “illegal” tax agreements, not far away was Microsoft, and Google, through tax strategies reduced corporate tax, which generated a competitive disadvantage direct for other multinationals and of course for SMEs, prolonged claim that was constantly presented in Spain.

Additionally, in the so-called ‘Luxleaks’ agreements were discovered that Luxembourg had signed with almost 340 multinationals between 2002 and 2010, companies such as: Pepsi, Ikea, AIG or Deutsche Bank, had the possibility to substantially lower their taxes, to less than 1 %, unfortunately, similar examples could be given in each sector …

In this context, at the social level we find the example of Cabify and Uber, remember the murder of Mara Castilla, which led to the cancellation of the Cabify transportation system registration, a decision made public by the secretary of the Government of Puebla, Diódoro Carrasco, arguing “irregularities in their security protocol”.

In the case of Uber came to conquer London, making this capital one of its most important markets with 3.5 million passengers and 40 thousand drivers, but Uber showed, according to English authorities “a lack of responsibility to several problems, with potential consequences for the protection and safety of the public “, therefore, the” LTA (London Transport Authority) concluded that Uber London is not suitable to hold a license to operate private drivers “.

Now, if we analyze the financial frauds and cyber thefts, we find that in the last three years Mexico has had a growth of 10%, being the banks, the most affected: 65% of incidence of attacks, this according to the report of Jaime González, president of the National Banking and Securities Commission.

Another factor to analyze is the sale of illegal merchandise through the different online platforms, as an example we have that the Court of Justice of the European Union ruled that eBay is responsible for the sale of counterfeit brands on its website, so It was condemned by the Court of Appeal of Paris to pay a fine of 400 million euros to Louis Vuitton for selling pirated merchandise with its brand.

Given this, eBay focuses on implementing different measures to authenticate the products it sells through its platform, creating a guarantee (at an extra cost) to cancel the transaction if the merchandise is found to be fake.

Protecting the general interest we know that the government must establish the conditions to generate progress, peace, justice and security, guarantee a competitive market, with general rules and without privileges or protectionism, to prevent the micro, small and medium enterprises that sustain the Mexican economy, enter a breaking point, remember that according to INEGI, they represent 99.8% of companies and are responsible for 52% of GDP, generating 72% of national employment.

I do not want to discourage electronic commerce of goods and services because it would undoubtedly be an impossible task, since this economy will be in charge in a short time, but if the facts I establish allow us to implement schemes that provide consumer security and allow the countries to collect the wealth that is generated in their territories, as well as, the importance of preparing urgently the SMEs so that far from seeing in this market a disadvantage they turn it into a strength.

Next week I will present some of the proposals that could balance the conditions between an online store and a physical one, a taxi service site and an electronic service platform, privileging in all cases the consumer.