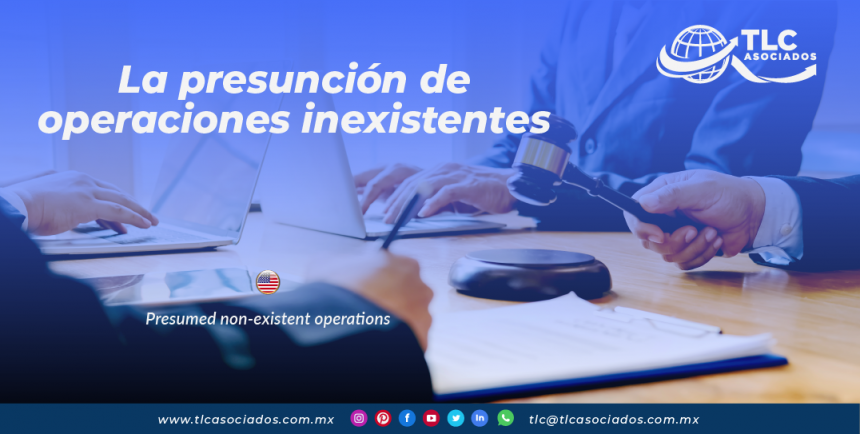 Since 2014, the authority has had a new procedure for its verification powers. Article 69-B of the Tax Code establishes the normative hypothesis of the “non-existence of operations”; thus, the audit procedure is born in which the authority can presume the non-existence of the operations carried out by the taxpayer. This happens when the digital tax receipt, or CFDI, is issued by a company that does not have assets, human resources, infrastructure or capacity to provide the service, produce or market what is covered by the CFDI, a figure commonly known as “EFOS”, which means Companies that Bill Simulated Operations.

It is because of this presumption of non-existence that taxpayers must be prepared and have sufficient evidence that can distort the presumption of the authority by proving the “materiality” of the operations, that is, proving that they really happened.

The procedure begins when the authority notifies the taxpayer that it is in this presumption of being “EFOS” by means of a tax mailbox and the publication in the Official Journal of the Federation. The taxpayer has 15 days as of the last notification to provide the evidence it considers useful to rebut the presumption by the authority. Additionally, they may request an extension of 5 additional days by means of a mailbox as long as it is entered within the previous period without the need for a response from the authority and it will begin to be computed as of the day following the expiration of the period provided for.

If the authority does not notify the resolution within the 50-day period, the presumption regarding the observed tax receipts that gave rise to the procedure will be void.

If the taxpayer that issued the invoice does not rebut the presumption of non-existence “EFOS presumed”, it will be published in the Official Gazette and in the Tax Administration Service’s web page as an “EFOS definitive”. This publication will make the CFDIS issued by such taxpayer be considered as not producing nor having produced any tax effect whatsoever, for the receiving taxpayer, which was the company that used such receipts and applied the deduction when its supplier is found to be an “EFOS”, the deducting company may opt for two different scenarios:

In both options, in accordance with Rule 1.5 of the Miscellaneous Tax Resolution, a notice will be issued through the SAT portal with form 157/CFF “Report and documentation to be submitted by taxpayers referred to in Rule 1.5” for either of the two aforementioned scenarios.

In case the tax authority detects that the taxpayer did not prove the effective provision of the service or acquisition of the goods, or did not correct its tax situation, the corresponding tax credit or credits will be determined. Also, the operations covered in the CFDIS will be considered as simulated acts or contracts for the effect of the crimes provided in this Code.

Sanction applicable according to the Federal Fiscal Code:

“Article 113 Bis – A penalty of two to nine years’ imprisonment shall be imposed on anyone who, either by himself or through an intermediary, issues, sells, buys or acquires tax receipts that cover non-existent or false operations or simulated legal acts