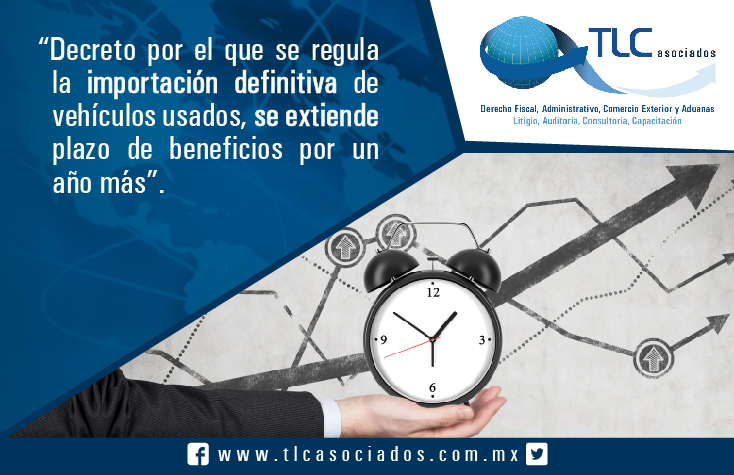 In this publication through its sole article is indicated that such Decree was extended until December 31st, 2017.

Based on this, the benefits established in the Decree can be enjoyed for another year, specifying that the prohibition to import used vehicles from abroad is maintained in the Decree, as well as its circulation, when the physical-mechanical conditions or environmental are not met, or when they have been reported as stolen.

This publication can be checked in the following link: