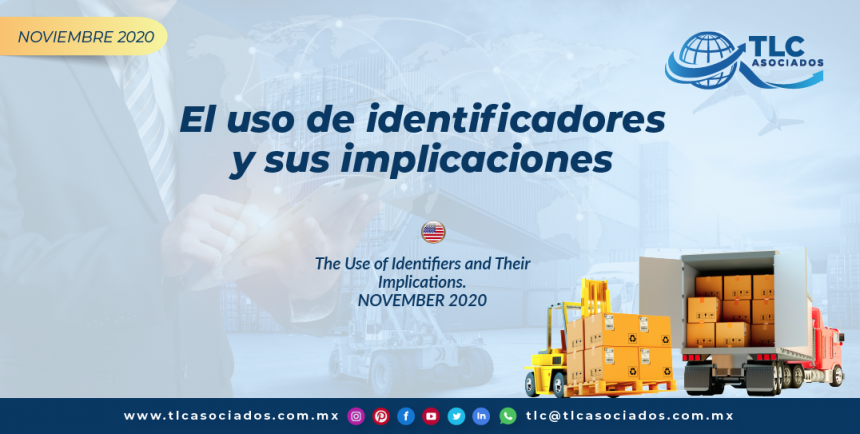 According to the instructions for filling out the pedimento contained in Annex 22 of the General Rules on Foreign Trade, there are pedimento level identifiers and split level identifiers, but what is an identifier? An identifier is an alphanumeric code with two positions, which are listed in Appendix 8 of the same legal system and which total 160 keys.

In this sense, according to the instructions for filling out the pedimento, the identifiers are made up as follows:

The identifiers, as their name indicates, help those involved in foreign trade operations, from importers and exporters to the customs authority, to identify what type of operation is being processed, if it is an operation of an IMMEX, AEO, VAT and STPS certified company, if it complies or exempts compliance with permits or Mexican Official Standards, or if it benefits from Free Trade Agreements among many other assumptions.

It is important to identify in which cases the company and the goods to be imported or exported are located, since the incorrect use or omission of these may cause the customs authority to initiate verification powers.

But how can I be subject to verification? The data entered or omitted contravene the provisions directly contained in Appendix 8 of Annex 22 of the General Rules of Foreign Trade. This represents a contingency of omitted general data, in accordance with paragraphs 21 and/or 22 of Annex 19 of the General Rules of Foreign Trade, and therefore would fall under the infraction provided for in article 184 section III of the Customs Law, which states that those who transmit or present reports or documents with inaccurate data or omitting some data commit the infractions related to the obligations to transmit and present information and documentation, as well as declarations.

In this sense, the offending conduct would be sanctioned with the fine established in Article 185, Section II of the Customs Law, which ranges from $1,800 to $2,570 for each document.

In order to detect possible incidents that may have been committed due to incorrectly entered or omitted identifiers, it is important to carry out preventive audits to make the necessary corrections before they are discovered by the authority.