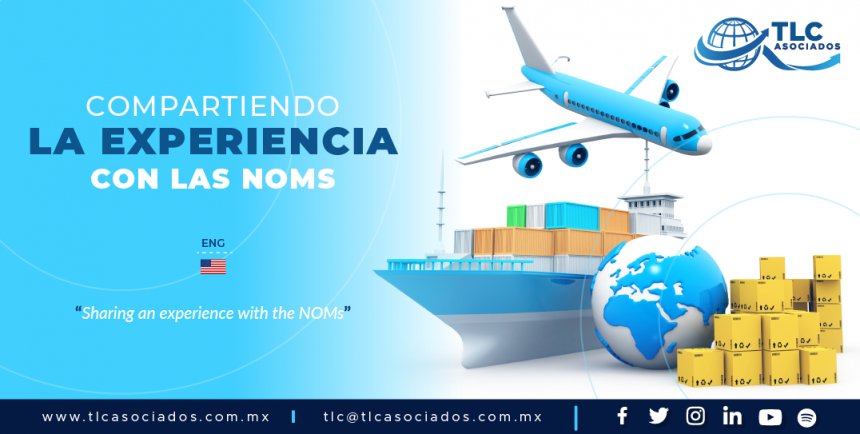 In the past days, we got a call from one of our clients. They were very worried about the entry of force of the new rules established in the agreement of the Official Mexican Norms (NOMs), which were published on October 28 of 2018 and began to be applied the past June 3 without any prolongation.

The aspect here that has generated much confusion is that suddenly the authorities of our country have eliminated in a resounding way the famous letters of exception under numeral X fractions VI and VII of the annexes, which were removed by the authorities.

The client was troubled since the total their import products is of 7,000 different models and the certification for each one of them represents a significant increase in operation costs for the company. As a result, the industry to which it belongs would be removed from competitiveness.

This client asked for our support in carrying out a thorough study of the modifications from the NOMs agreement to identify applicable options for their products, thus reducing the certification of their products as much as possible.

We performed the analysis and detected that, with the new operations of the NOMs agreement, our client only had to certify 7% of all their products. This is because the rest of the products were either left in other options or were simply not within the scope of the NOM.

I would like to tell you about one of these alternative NOM compliance options that can be used today.

Approach us and we will analyze your case to identify these alternatives.

ALTERNATIVES FOR THE COMPLIANCE OF THE NOM’s

Equivalence Agreement: Is a signed agreement by Mexico, United States and Canada in which it recognizes as equivalent the Norms related to the NOMs: NOM-001-SCFI-1993, NOM-016-SCFI-1993 y NOM-019-SCFI-1998. The application of these norms could be confirmed with the document issued by a Certification Body of these two countries, provided that it is accredited by the General Directorate of Standards (DGN) and no validation, apostille, legalization or translation is required (as long as the language is no other than Spanish, English or French) and the Agency should only be asked to declare in the Certificate the Mexican Tariff Code in the Document.

Currently, there are only three accredited Certification Bodies in the United States and three in Canada.

The procedure to accredit the compliance of the three NOMs through this agreement is the following:

The foreign agency must declare the tariff code in the compliance certificate and send it to the Foreign Trade Office of the Secretariat of Economy to:

This certificate must be complemented by a list in Excel with some data related to the product (attached Excel template) and within two days the authority will register the certificates in order to proceed with the import.

Currently, only these six agencies are part of this equivalence agreement. If you work with a different one, it is necessary for you to request them to approach the foreign trade offices of the Secretariat of Economy to be added in the list, so that you can apply the certificates issued in another country.