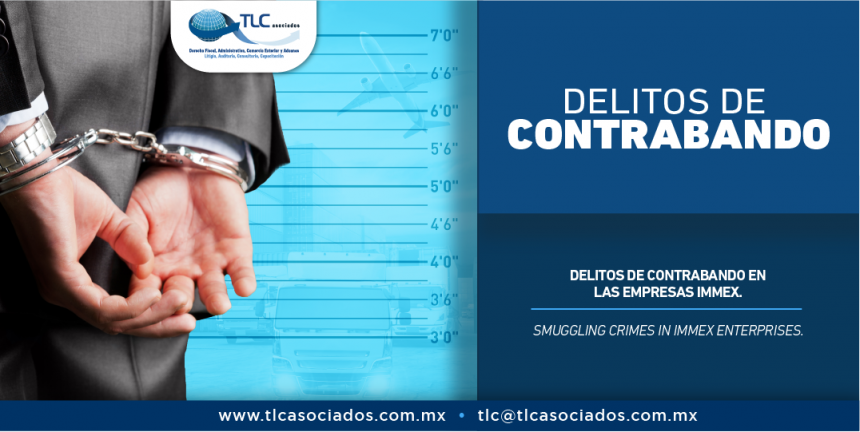 It is absolutely imperative to identify the behaviours of the companies with a program of the Manufacturing Industry, Maquila Industry and (IMMEX) Export Departments Industry, since they have the obligation of complying certain requirements in order to avoid committing administrative penalties, or, penalties due to certain elements of these companies.

What is the difference between infringement and crime?

First of all, in order to understand clearly the differences between infringement and crime, we must accept that both terms are derived from a non-compliance of a regulation, the difference concerns the consequences for committing one of them, the differences are described hereunder:

These circumstances represent as a consequence a fine, preventive seizure, fiscal credits, or discontinuation or cancellation of the (IMMEX) Program.

These crimes concern the most serious fiscal non-compliance, the crimes are stipulated within the Federal Tax Code, and they are established in several articles. Once the act is adjusted to the hypothesis, you may prosecute effectively the perpetrators.

There is a high-risk case for IMMEX enterprises, which concerns the crime of smuggling of goods.

The companies are forced to return the goods (consumables) abroad, which are temporarily imported under the scheme of their program in a period no longer than 18 months.

Once this obligation is infringed, the Suspected Smuggling Crime is committed, which is established in article 103, section XVII of the Federal Tax Code (CFF), which establishes the following part as written:

“Article 103.- The smuggling crime shall be considered as committed when:

XVII. It is not validated within the period described in article 108, section I of the Customs Law that the goods, temporarily imported by maquila industries or companies with export programs authorized by the Economy Department, were returned abroad, transferred, destined to another customs regime or found in the address in which the manufacturing, transformation or repair process shall be performed, as it is described within their program”.

This behaviour is considered as fiscal or customs crime. The penalty established for this crime varies according to the amount of contributions that were required to be paid, this penalty may start from 3 months or even 9 years in prison.

For the Legal or Administrative Representatives that control the foreign trade operations within the (IMMEX) programs, it is absolutely relevant to consider the behaviours that might be prevented to avoid committing administrative penalties or the ones considered as criminal offences due to their elements.