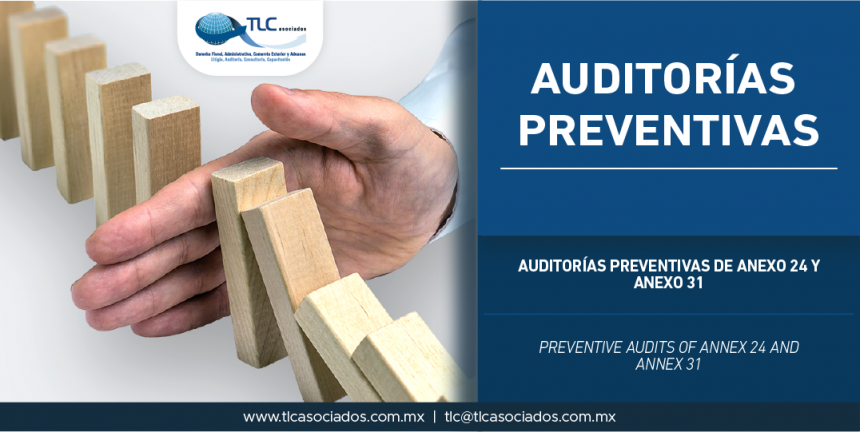 IMPLEMENTATION OF PREVENTIVE AUDITS OF ANNEX 24 AND ANNEX 31.

Derived from the constant changes that the authorities have been making to the Mexican foreign trade legislation in recent years and the growing concern of importers and exporters to comply with their obligations in an appropriate manner relevant data to be considered as a preventive measure for an audit by the authority is made known to foreign trade users.

One of the main areas of opportunity for many Maquiladora companies is the correct administration of their inventories, the control of the temporalities of their materials and the transmission of information to the authority.

PREVENTIVE AUDITS OF ANNEXES 24 AND 31

In accordance with rule 4.3.1 of the General Rules of Foreign Trade (GRFT) in force for 2018, it is necessary to have an automated inventory control system, which must have the minimum information referred to in Annex 24 of the GRFT. Likewise, the aforementioned inventory control system must be updated, that is, all foreign trade operations must be captured within it.

Its correct management and control will prevent overdrafts and overdue balances from being generated. In relation to the foregoing, it is important to validate said reports with the purpose of transmitting all the captured request forms of the corresponding period, as well as the import items, corroborate that the information transmitted to the authority corresponds to that captured in the annex 24 system.

Therefore, it is recommended that foreign trade users carry out preventive audits that allow them to identify those areas of opportunity and correct them before they are detected by the authority, thus avoiding putting at risk the Manufacturing Industry, Maquiladora and Export Services (IMMEX) Program and Certification in VAT (Value Added Tax) – STPS (Special Tax on Production and Services).