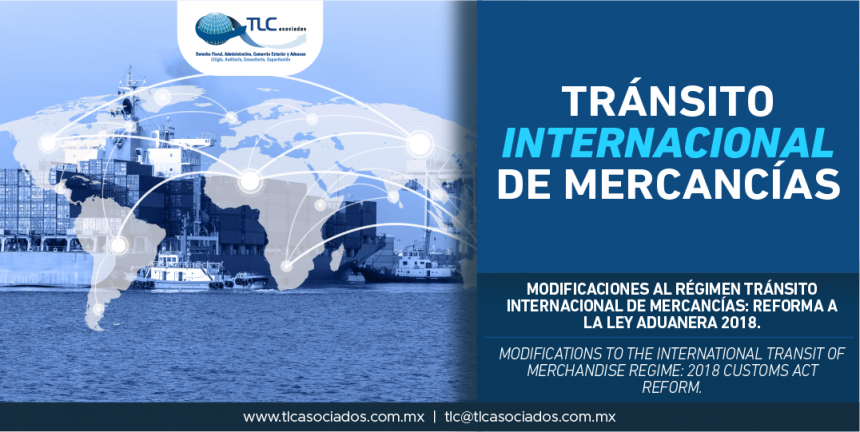 “Article 131. The international transit of merchandise by national territory shall be promoted by natural or legal persons, or through a customs broker or customs brokerage firm, provided that the following requirements are met: […]

III.        Carried out by the authorized customs and by the fiscal routes established for this purpose by the Tax Administration Service through rules. The transfer of the merchandise must be made using the services of the companies registered in the transport companies registry provided by the Regulation.

Only the international transit of merchandise by national territory will proceed in the cases and under the conditions indicated by the Tax Administration Service through rules “.

“Article 132.The international transit of merchandise must be carried out within the maximum terms of transfer established through rules by the Tax Administration Service. […]

Article 131 that establishes the requirements to promote the regime of international transit of merchandise through national territory, did not have significant changes, now the figure of customs brokerage is considered, to those already existing. Also, the reference of the Secretariat of Finance and Public Credit (SFPC) is replaced by that of the Tax Administration Service (TAS), and Article 170 of the RCA is no longer mentioned to refer to companies registered in the of transport companies registry in general terms to the Regulation of the Customs Act.

On the other hand, the device 132 that establishes the maximum terms of transfers now makes mention of the TAS in substitution of the SFPC. Likewise, it indicates the figure of the customs brokerage firm for the purposes of notifying the non-arrival of the goods under this customs regime.

Finally, on the issue of joint liability in international transit through national territory, in the same way in article 133 the figure of the customs brokerage firm is contemplated as possible jointly and severally liable when it expressly accepts said obligation.

[3]Note: The Amendment to the Customs Law will take effect 180 calendar days after its publication being December 22, 2018.