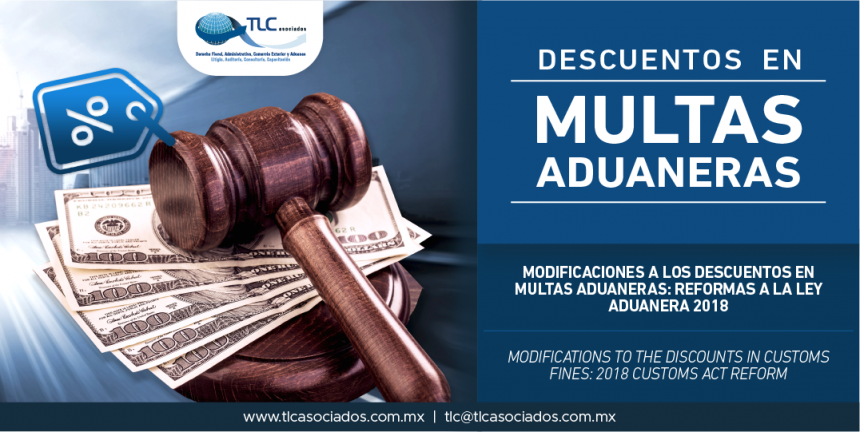 The Customs Act is a legal system that grants benefits to those who commit customs offenses, as long as the requirements established in this legal precept are met.

Now, in relation to the reform of this ordinance published in the Official Federal Gazette on June 25, 2018, article 199 of the Customs Act was amended, as follows:

“Article 199.The sanctions established in this Act shall be reduced in the following cases:

III.        50% in the event that the fine is derived from an operation related to the export of merchandise, with the exception of those operations that have as their origin the application of any of the cases indicated in articles 86, 106 and 108 of this Act.

The reduction of sanctions established in this article will not be cumulative. “

Derived from the reform to this device there are four adjustments made as indicated below:

First, in section II, which establishes a 20% reduction in the fine, the term was reduced from 45 working days to 30 working days, so it is approved within 30 working days for the filing of the appeal for revocation in compliance with article 121 of the Federal Fiscal Code (FFC).

Second, in section III, it no longer refers to Article 85 of the Customs Act that was repealed since the publication of the amendments in the Official Federal Gazette (OFG) on December 31, 2000.

Third, section V incorporates the limited benefit established in rule 3.7.30 of the General Rules of Foreign Trade (GRFT) for 2018, that is, it is raised to the level of law, that when a sanction has been imposed without substantiating a procedure of omitted contributions a 50% reduction of the fine will apply if paid within 10 business days, it previously indicated within 45 business days.

Fourth, a last paragraph is added to indicate that the reductions are not cumulative, that is, they cannot be added to other reductions established in the tax and customs regulations.