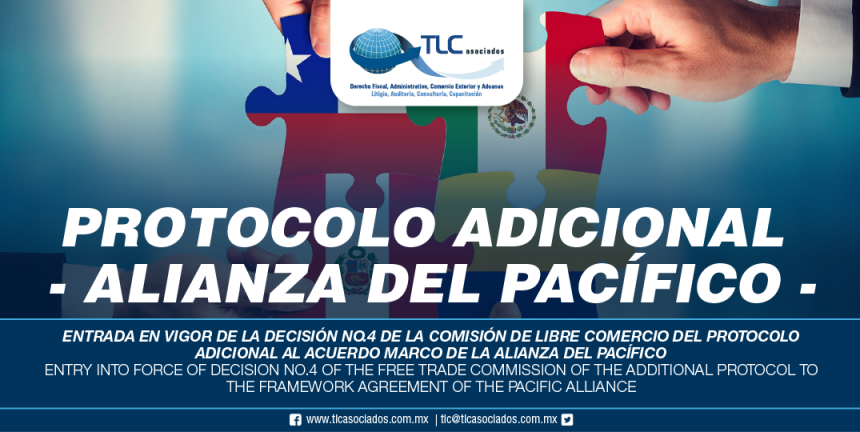 On July 16, 2018, the following was announced in the Official Federal Gazette of the Federation by the SECRETARIAT OF ECONOMY:

NOTICE BY WHICH THE ENTRANCE INTO FORCE BETWEEN THE MEXICAN UNITED STATES AND THE REPUBLIC OF CHILE, COLOMBIA AND PERU OF DECISION NO. 4 FROM THE COMMITTEE ON FREE TRADE OF THE ADDITIONAL PROTOCOL TO THE FRAMEWORK AGREEMENT OF THE PACIFIC ALLIANCE, ADOPTED ON JUNE 28, 2017.

Single.- Decision No. 4 of the Free Trade Commission of the Additional Protocol to the Framework Agreement of the Pacific Alliance, adopted on June 28, 2017, made public by means of an Agreement published in the Official Federal Gazette on June 25, 2017, entered into force between the Mexican United States and the Republics of Chile, Colombia and Peru on June 24, 2018.