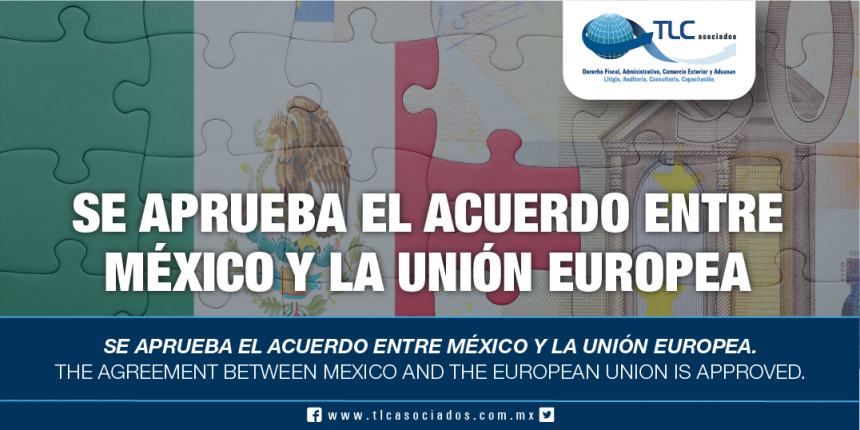 On June 18, 2018, the following was announced in the Official Federal Gazette by the SECRETARIAT OF FOREIGN AFFAIRS:

DECREE APPROVING THE AGREEMENT BETWEEN THE MEXICAN UNITED STATES AND THE EUROPEAN UNION AMENDING ANNEX III OF DECISION 2/2000 OF THE JOINT EC-MEXICO COUNCIL OF MARCH 23, 2000, HELD BY EXCHANGE OF DATED LETTERS IN THE CITIES OF BRUSSELS AND MEXICO, THE SEVENTEENTH OF SEPTEMBER TWO THOUSAND AND SEVENTEEN.

“THE CHAMBER OF SENATORS OF THE HONORABLE CONGRESS OF THE UNION, IN THE EXERCISE OF THE FACULTY CONFERRED TO IT BY ARTICLE 76, SECTION I OF THE POLITICAL CONSTITUTION OF THE MEXICAN UNITED STATES”

SINGLE ARTICLE.- The Agreement between the Mexican United States and the European Union that modifies Annex III of Decision 2/2000 of the EC-Mexico Joint Council of March 23, 2000, celebrated by exchange of dated letters in the cities of Brussels and Mexico, on September eighteenth, two thousand and seventeen is approved.