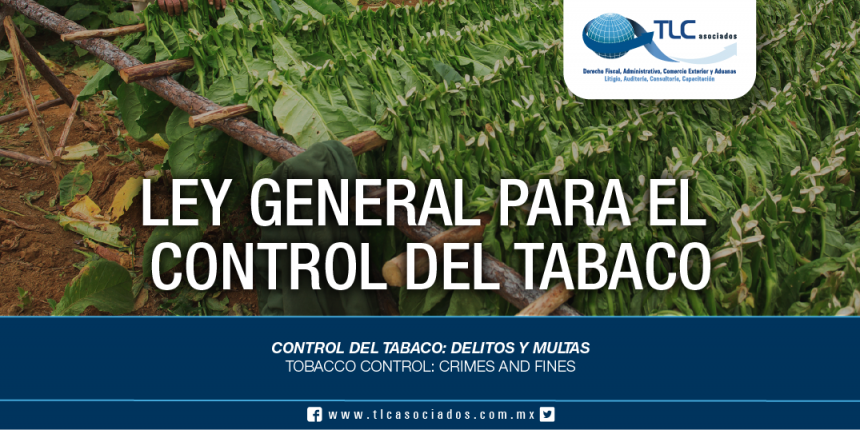 On June 15, 2018, the following was announced in the Official Federal Gazette by the SECRETARIAT OF HEALTH:

DECREE BY WHICH A TITLE EIGHT IS ADDED, DENOMINATED “OF CRIMES”, SINGLE CHAPTER, THAT COMPRISES ARTICLES 56 AND 57, TO THE GENERAL ACT FOR THE CONTROL OF TOBACCO.

Single Article.- A Title Eighth is added, named “Of Crimes”, Single Chapter, which includes Articles 56 and 57 of the General Act for Tobacco Control, to read as follows:

Eighth Title of the Crimes

Article 56. Who knowingly or through another person, adulterate, falsify, contaminate, alter or permit the adulteration, falsification, contamination or alteration of any tobacco product in the terms defined in this Act and in the General Health Act, a penalty of one to nine years in prison and a fine equivalent to one hundred to one thousand times the daily value of the Unit of Measurement and Updating will be applied.

The same penalty will apply to those who, by themselves or through another person, mix adulterated, falsified, contaminated or altered tobacco products with others that are not, through the supply chain.

Article 57. Who, by itself or through another person, enter the country, export, store, transport, sell, retail or otherwise distribute tobacco products referred to in this Act, adulterated, falsified, contaminated, altered or mixed in terms of the last paragraph of the previous article, a penalty of one to nine years of imprisonment and a fine equivalent to one hundred to one thousand times the daily value of the Unit of Measurement and Updating will be applied.

Single.- This Decree will come into force on the day following its publication in the Official Federal Gazette.