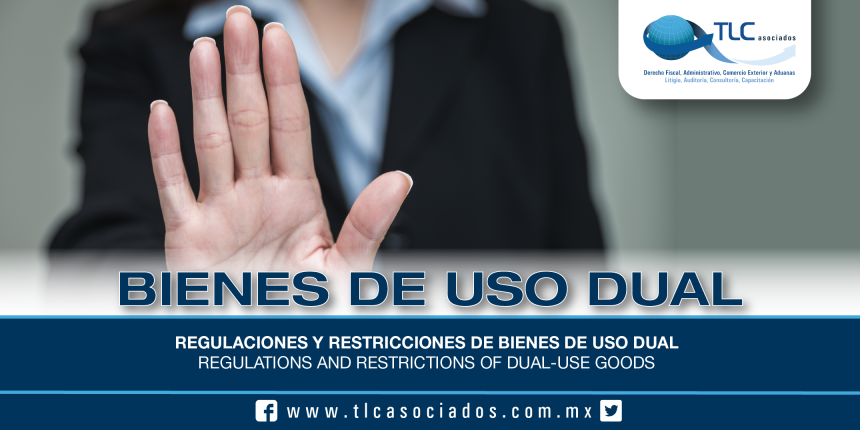 In the present we bring to your attention of compliance and exception of items of dual use based on the agreement issued by the Secretariat of Economy, which is called “Agreement by which the Secretariat of Economy subjects to the requirement of prior permission the export of conventional weapons, their parts and components, dual-use goods, software and technologies susceptible to diversion for the manufacture and proliferation of conventional weapons and of mass destruction”.

First of all, the term “dual use goods” should be understood as those tangible and intangible objects that can be used for civil, military or proliferation purposes.

However, this agreement aims to establish control measures, through the requirement of prior permission granted by the Secretariat of Economy of those merchandises that by their nature are susceptible to deviation for the proliferation and manufacture of conventional weapons and / or of mass destruction, based on the international export control regime; Wassenaar agreement.

How to know if a tariff item falls within some assumption of said agreement?

Within Annex I of the aforementioned agreement, 342 regulated tariff items are listed and subject to a prior export permit from the Secretariat of Economy that regulates the following goods:

Application and exception of prior permission to export dual-use goods.

To consider that a tariff item is bound to a prior export permit it must adhere to the specification that the agreement itself establishes, for example:

In case the merchandise does not fit with the assumption established by the same agreement, it will not be obligated to comply with this permit, since the regulation is determined by the “only” section, the exception will be expressed in the export request from with the XP identifier of Appendix 8 of Annex 22.

However, there are other means to exempt this permission in accordance with article 7 of the same decree, which states:

‘‘7.– The export of the objects regulated in this Agreement that are exempt from obtaining the prior export permit indicated in Point 4, are:

In those cases in which the guidelines of the same agreement have to be complied with, the application must be submitted in writing to the Delegation of the Secretariat of Economy, in the form ‘ Manifestation of use and end user, to obtain prior permission. of export of conventional weapons, dual-use goods, software and related technologies and their modifications “.