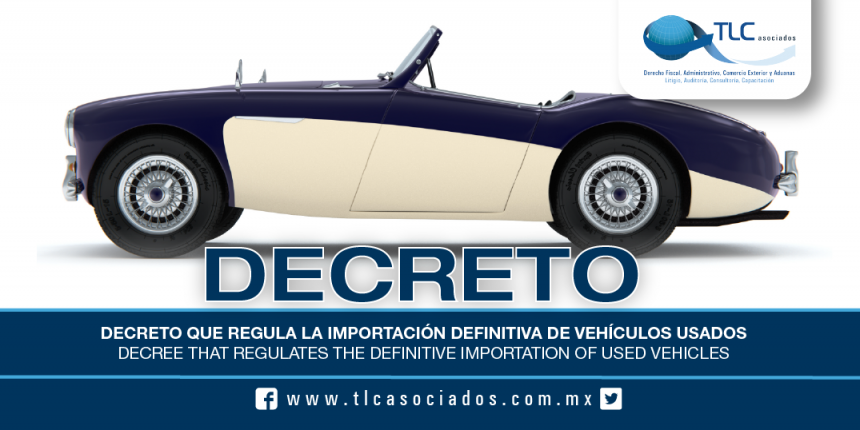 On December 28, 2017 the following was published in the Official Federal Gazette by the SECRETARIAT OF ECONOMY:

Sole Article.- The First Transitory of the Decree by which the definitive import of used vehicles is regulated, published in the Official Federal Gazette on July 1, 2011 and modified by several publications in the same official dissemination body on January 31, 2013, January 30, 2014, December 31, 2014, December 31, 2015 and December 26, 2016, , is amended to be as follows:

UNIQUE.- This Decree will come into force on the day following its publication in the Official Federal Gazette.