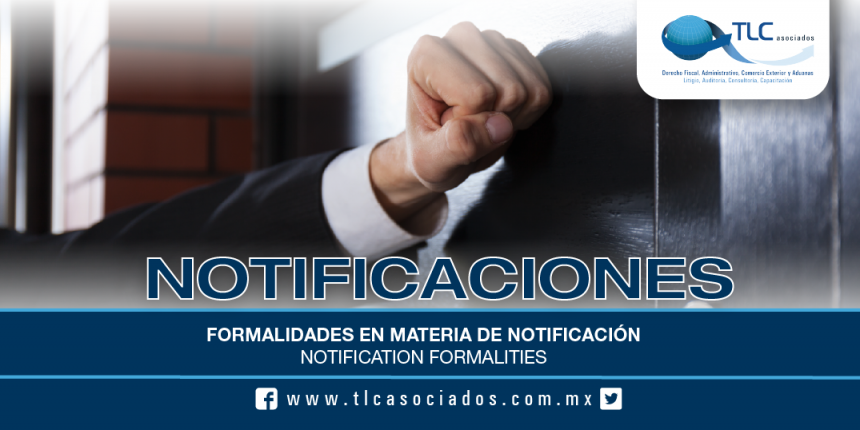 In the magazine of the Federal Court of Administrative Justice, The Jurisprudence Thesis Number (VIII-P-1aS-150) was published, with heading:

“NOTIFICATION FORMALITIES. THE UNDERTAKINGS IN ARTICLES 44 AND 46 OF THE FEDERAL FISCAL CODE ARE NOT ENFORCEABLE, WITH REGARDS TO PARTIAL ACTS OF DOMICILIARY VISIT”, criterion that establishes that, from the joint interpretation of articles 44 and 46 of the Federal Fiscal Code (FFC), it can be deduced that only in the case of the domiciliary visit order and the final visit report, these should be dealt with, in the case of a legal person, with the legal representative of the taxpayer and in the event of not them being found, a citation should be left stating the time and date for the completion of the notification procedure, in order for them to be present, since only in the case that he does not wait at the date and time indicated in the citation, the diligence can be validly carried out with the person who is in the visited place; likewise, it also follows from these numerals that these formalities are not required for partial visit certificates, because these only constitute the reflection of the execution acts of the visiting order, which is why they can validly be carried out with any person in the address sought, in the understanding that previously it has been brought to the attention of the taxpaying legal person that such intrusions would be carried out in their domicile, without this implying that the supervisory authority is exempted from complying with the formalities that legally correspond in such acts.

That is to say, this criterion emphasizes that according to articles 44 and 46 of the Federal Fiscal Code, the requirements inherent to a proper notification, such as leaving the previous citation, are only required within a DOMICILIARY VISIT, specifically for the notification of the visit order, with which the exercise of the powers of verification of the fiscal authority begins, and of the final act of visit, by means of which a period is granted to disprove the irregularities found.

Therefore, in contrast to this, with regard to the partial visit certificates, which are subsequently drawn up at the beginning of the visit, where each action of the authority is recorded, and even before the final act is drawn up , in them it is not necessary to observe the requirements for a proper notification, as it is to leave a prior citation, being able to carry them out with whoever is at the domicile on the day of the auditors’ visit, since the truth is that previously the taxpayer has been made aware of the practice of such visit, and that there would be various intrusions to his domicile, in order to exercise the powers of verification of accounting and other documents, and of course, this does not imply that the authority fails to comply with the formalities corresponding to their acts of authority, but without these going beyond the provisions of the law for each act executed.