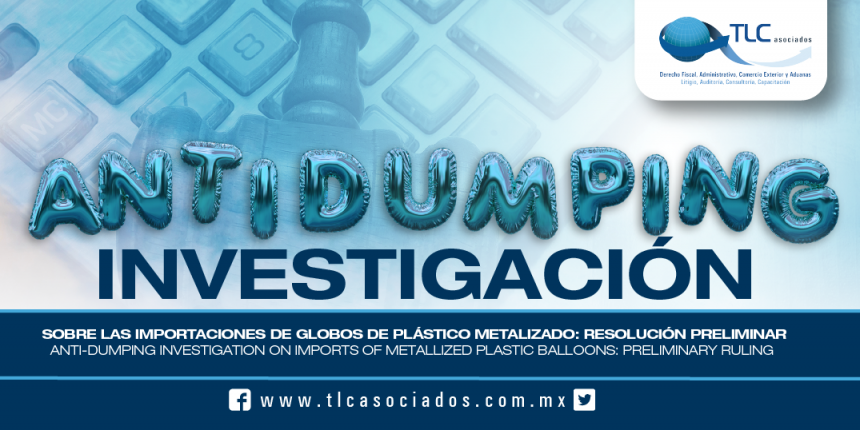 Let us recall that on December 5, 2017 the following was published in the Official Federal Gazette by the SECRETARIAT OF ECONOMY,:

PRELIMINARY RESOLUTION OF THE ANTI-DUMPING INVESTIGATION ON THE IMPORTS OF METALLIZED PLASTIC BALLOONS ORIGINATING IN THE PEOPLE’S REPUBLIC OF CHINA, INDEPENDENTLY OF THE COUNTRY OF ORIGIN.