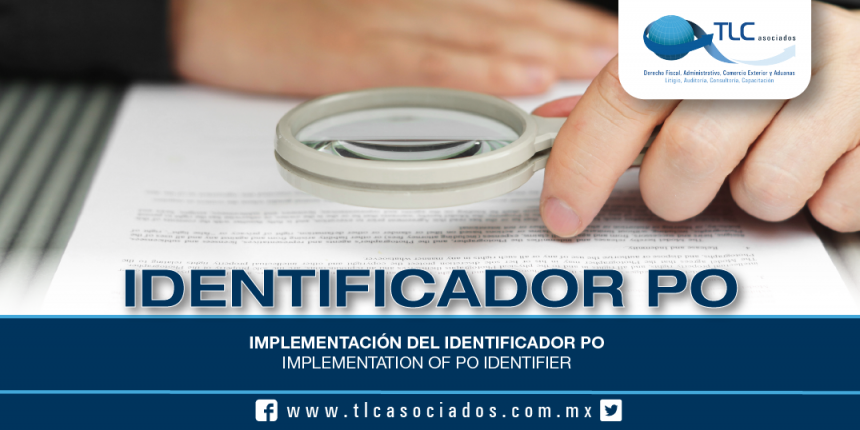 In the present we inform you of the implementation of the PO Identifier “Supplier of Origin” in import request forms, for the purpose of indicating merchandise coming from countries with which Mexico has a Free Trade Agreement or commercial agreement.

However, due to the uncertainty and use of this new identifier in the operation, the authority is forced to postpone its application, until March 15, 2018. With informative purposes for the individual and binding for the authority, issues an advanced resolution of modifications to the general rules of foreign trade for 2018, where in addition to other issues, we note the reform to the PO Identifier, and the addition of rule 3.1.37, broadly binding with this identifier.

Appendix 8 “Identifiers” of Annex 22 of the GRFT:

The implementation of this new PO identifier “Supplier of Origin”, consists in indicating at the heading level the data of the supplier of origin, which will enjoy tariff preference under the commercial agreements and treaties that Mexico has subscribed to and will be complemented with the customs value of the merchandise, fiscal data of the supplier and invoice number.

Additionally, rule 3.1.37 is incorporated, which states to the letter:

3.1.37. For the purposes of Article 36 of the Act, those who introduce merchandise into national territory by allocating them to any customs regime, under preferential tariff treatment, in accordance with the agreements and commercial treaties signed by Mexico, using the identifier codes AL, TL, NT , NA and NZ, from Appendix 8 of Annex 22, must set the PO identifier code, from the same Appendix, except for the following operations:

This rule comes to regulate the application of identifiers AL, TL, NT, NA and NZ, for the importation of merchandise that enjoy tariff preference, and it will not be required to declare the PO identifier for the F2, F3, V3 , V4, CT, T3, T6, T7 or T9 codes, also for those operations in which the codes 00000000 and all those that start with 99 and finally the tariff items of Chapter 98 are used.

The person responsible for the veracity of the information established with this new “PO” identifier at the heading level, will fall 100% on the importer, that is, the person in charge of presenting to the authority, if necessary, the evidence that supports the origin of the merchandise.

Although it is true, administrative and bureaucratic costs are reduced by not filling out the certificate of origin format, however, the addition of the PO identifier is an effective means that the Customs Authority carries out for greater observance of those users who enjoy this benefit, but undoubtedly, it will be crucial for future revisions to be more expeditious and precise.