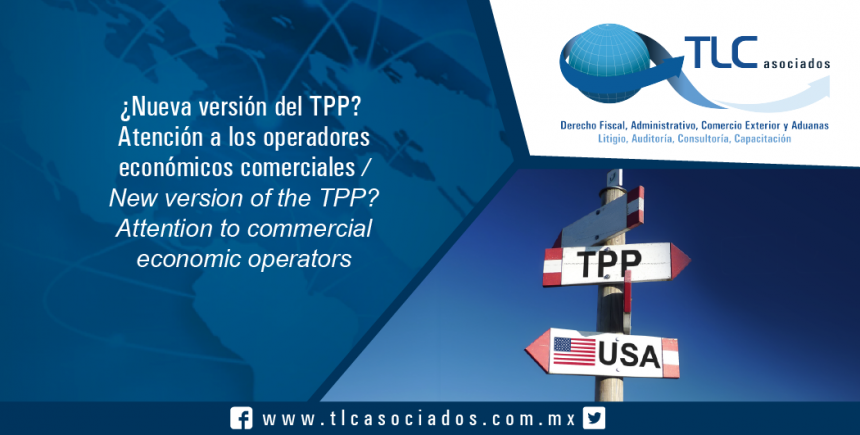 After the last occasion that the ministers of the countries that make up the Trans-Pacific Partnership (TPP) meet on May 21, 2017 in Hanoi, Vietnam, now on the occasion of the XXV Meeting of Leaders of the Asia-Pacific Economic Cooperation Forum (APEC), they took advantage of this space to discuss the details and central elements of TPP-11 (now without the United States of America), and thus reached a concession in which interest is ratified to continue and carry out the Agreement.

The Ministers of Mexico, Australia, Brunei Darussalam, Canada, Chile, Japan, Malaysia, New Zealand, Peru, Singapore and Vietnam agreed to Annexes I and II, excluding certain provisions that will no longer be included in the new version of the TPP (the suspension of 20 provisions of the original Agreement), the aforementioned in search of a global and progressive Trans-Pacific Economic Cooperation Agreement, as reported in the ministerial declaration.

The countries that make up the TPP reiterated their commitment to promote, through this commercial relationship, the economic integration of each region, coupled with the desire to work on the economic growth of the societies they represent, in order to create new opportunities in each sector.

The above is relevant, in the sense that, as a result of the departure from the US, the TPP could have come to an end, understanding that the specialists in the matter, analyzed the TPP as a US geopolitical strategy to take power from China on a global scale. In spite of this, the TPP moves forward and all commercial economic operators in Mexico must be very attentive to the new requirements and obligations arising from their implementation.

Enrique Peña Nieto himself, Chief Executive of the Nation confirmed that the Agreement is active but that certain issues are still to be discussed in order to reach a definitive agreement.

“Progress was made in terms of agreements for the projection that the negotiation of TPP-11, which is en route, will have moving forward, which only leaves some chapters pending to close, but there was an agreement to continue on this issue.”

Finally in the ministerial declaration it is mentioned that it is necessary to deepen it in a more technical way among the 11 Member countries, in order to prepare and have ready the final document, which will have to be approved and signed in agreement for its implementation, that undoubtedly will involve adapting certain aspects and details in foreign trade operations.