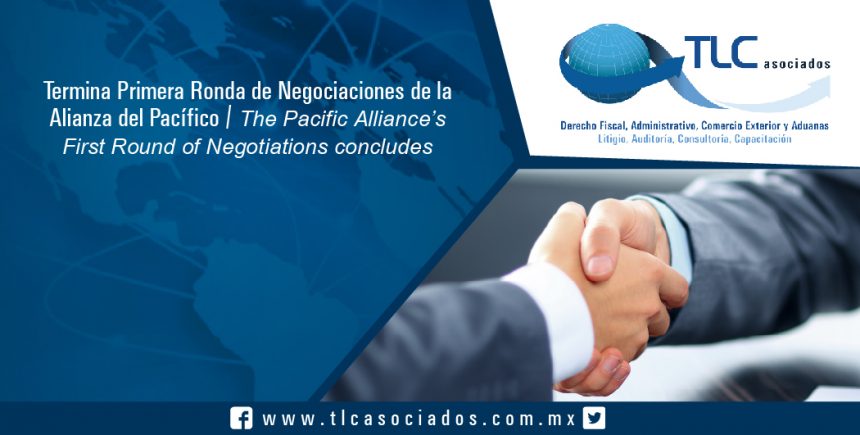 In April 2011, Mexico, Chile, Colombia and Peru created the Pacific Alliance, and in recent dates in Cali, Colombia completed the First Round of Negotiations, which met the objective of analyzing and treating the possible incorporation of Australia, Canada, New Zealand and Singapore as Associated States, in order to increase trade, attract foreign direct investment and have access to new and sophisticated technologies.

Twenty-three working groups were developed during five days of negotiations and it was deepened to define the terms that the chapters of the agreements should include; in reviewing the possible calendar and venues for the next Round of Negotiations that include topics such as rules of origin, cross-border trade in services and public procurement.

María Lorena Gutiérrez, Minister of Commerce, Industry and Tourism of Colombia, highlighted at the end of the event the importance of working with different nations of the world to consolidate agreements that generate benefits for citizens, in a framework of harmony, justice and clear rules, for that relationships can survive and strengthen over the years, understanding the challenge that globalization and new technologies present.

“With these agreements, the Pacific Alliance is closer to consolidating itself as a platform for economic and commercial integration and projection to the world, with special emphasis on Asia Pacific, the most economically dynamic region in the world.”

Finally, the Minister of Commerce, Industry and Tourism of Colombia revealed what is coming up for this Alliance, emphasizing that the next venue where the Second Round of Negotiations will take place will be in one of the countries that aspires to join the Pacific alliance.

“The Second Round is already planned, which will be in Australia at the beginning of next year. The countries have also agreed to work between rounds to get to that meeting with the having advanced on most of the work.”