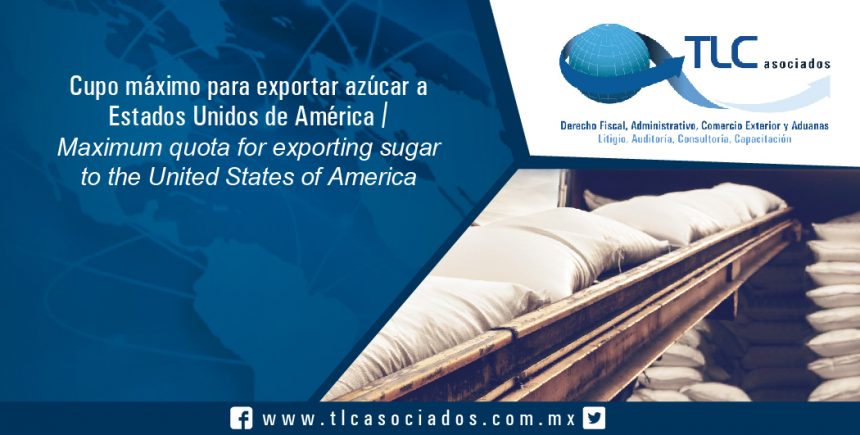 We bring to your attention the publication of October 13, 2017 in the Official Federal Gazette regarding the “Notice by which the amount of the maximum quota is announced in September 2017, to export sugar to the United States of America during the period from October 1, 2017 to September 30, 2018”, issued by the Secretariat of Economy, which refers to the following:

In the “Agreement through which sugar exports are subject to prior permit and establishes a maximum quota for its export”, published on October 5, 2017, in the Official Federal Gazette, a maximum quota is established to sugar exports derived from sugar cane or beet to the United States of America originating in the United Mexican States. In that Agreement, it was established that the amount of the total quota of each sugar cycle will be determined in metric tons of crude value.

Likewise, the Directorates of the Secretariat of Economy establish that, of the amount indicated above, only 904,052.961 metric tons of raw value may be allocated; however, since a quota had already been allocated in July; the differential to be allocated in September is 252,946.933 metric tons crude value.

Finally, the Notice stipulates that this allocation differential will be effective from January 1 to September 30, 2018.