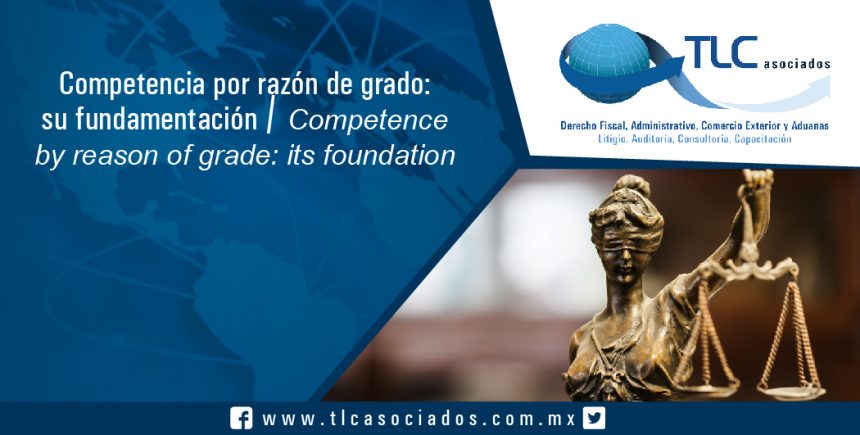 The Supreme Court of Justice of the Nation, in various jurisprudential criteria, has established that the guarantee of justification enshrined in Article 16 of the Political Constitution of the United Mexican States implies the idea of accuracy and precision in the quotation of the legal norms that empower the administrative authority to issue the act of nuisance in question, and concludes that it is an essential requirement and an obligation of the authority to found in its act of nuisance its competence, since it can only do what the law allows, where the validity of the act will depend on whether it has been performed by the authority legally empowered to do so within its respective field of competence, governed specifically by one or more rules authorizing it; Therefore, in order to consider compliance with the guarantee of justification established in the said article, it is necessary for the authority to specify its competence exhaustively by reason of subject matter, grade or territory, based on the law, regulation, decree or agreement grant the attribution exercised, citing in its case the section, fraction, subsection or sub-section.

It can validly be said that the material competence of an administrative entity is the set of attributions or powers that are incumbent upon it, delimit its field of action and generate certainty to the governed over the organs of the State that can validly affect its legal sphere; the territorial jurisdiction can be understood as that place, places or geographical demarcation in which the authority can exercise its material competence.

On this occasion, the criteria recently issued by the Federal Court for Administrative Justice, through the jurisprudence, which is titled: “GROUNDS OF COMPETENCE BY REASON OF GRADE OF THE ADMINISTRATIVE AUTHORITIES. WHEN IT IS NOT REQUIRED “, where it defined that the competition by reason of grade, takes place separating the acts that on the same subject can be realized by the administrative organs placed in diverse levels, distribution that is generally realized, establishing relations of hierarchy that imply subordination and dependence of some organs and superiority of others. In these cases, the lower and the higher organ know the same subject, but the intention of the one who knows last, is conditioned by the conclusion of functions of which it knows in the first term, meaning also that it keeps a relation of superiority with respect to the latter.

In the same jurisprudence, it establishes that said jurisdiction refers to the pyramidal structure deriving from the hierarchical organization of the public administration, in which functions are ordered by grade and, in view of that structure, the lower bodies cannot develop subjects reserved for the superiors and vice versa. In this context, in cases where the acts of the administrative authorities are not under the hierarchy, dependence or subordination, it is sufficient that they cite the articles that directly confer on it the attributions exercised, in order to consider satisfied the Constitutional obligation to duly establish its competence.

Thus, the criterion of the Federal Court of Administrative Justice, regarding the basis of competition by reason of grade, of the administrative authority is clear, since it establishes certain parameters to know the situations in which the public entity is obligated or not to mention the law, regulation, decree or agreement granting the attribution exercised, citing in its case the paragraph, fraction, subsection or sub-section, in which legal grounds are provided to substantiate the competition.