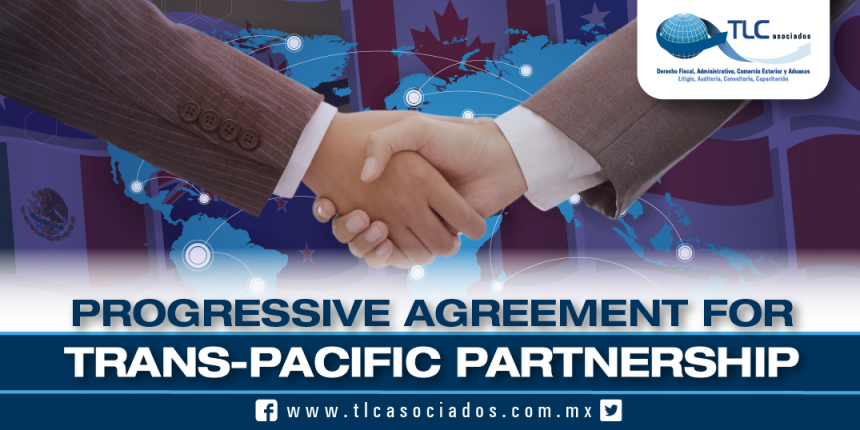 What is the Comprehensive and Progressive Agreement for Trans-Pacific Partnership (CP-TPP)?

The broad process of economic integration began in 2010, concluding the negotiations with the signatures of the ministers of the 12 countries on February 4, 2016 in Auckland, New Zealand.

The TPP had 30 chapters which included, along with topics that are traditionally incorporated into free trade agreements, other disciplines to regulate the activities of state-owned companies, intellectual property, regulatory coherence, electronic commerce, the environment, SMEs , among others.

The original text was supposed to enter into force in a period of 2 years, it had to be ratified by at least 6 member countries, which would represent 85% of GDP. However, on January 23, 2017, the United States withdrew the Agreement, making the concretion of the TPP practically unfeasible.

On March 15, 2017, the ministers of the 11 remaining countries expressed their intent of reformulating the Agreement, in order to move forward, giving way to a series of technical meetings geared towards achieving a consensus among the parties  to obtain a balanced result which would facilitate the enforcement of the Agreement.

On November 23, 2017, the remaining 11 countries of the TPP formally announce the consensus reached on the elements that would lead to a new agreement: ” Comprehensive and Progressive Agreement for Trans-Pacific Partnership” (CPTPP)

It was signed on March 8, 2018, in Santiago, Chile, with the presence of the 11 ministers representing their countries.

The remaining 11 countries agreed to maintain the level of market access achieved, suspending the application of certain provisions related to rules that were introduced by the United States. They were not eliminated pending a possible return from that country.

Annex II contains the list of the 22 suspended provisions, related to issues of patent protection, copyright and intellectual property.

It will be enforced 60 days after at least 6 of the signing countries notify the ratification of the Agreement to New Zealand in writing.

It represents 14% of the global GDP that integrates 6.8% of the world population with 495 million inhabitants.

Mexico is currently the fourth largest economy within the Agreement in terms of global GDP.

12. What is the legal structure of CP-TPP?