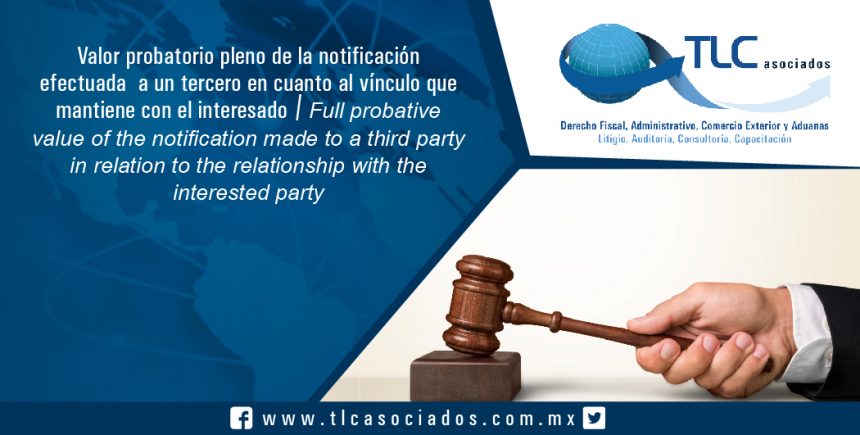 It is very common practice that the notification procedures aimed at raising an injurious act to the individual are done through a third party because the taxpayer or legal representative is not found at the moment in which they are sought by the authority that intends to make of their knowledge the act or notice.

Under that understanding in its most recent publication, the Federal Court of Administrative Justice determined that in the case of notification documents, even if they contain statements of truth by an individual, as it is, with regard to the relationship that the third party who took care of the diligence has with the interested party, it must be given full probative value; this, on the grounds that such a demonstration proves full against whoever made it and was in agreement with it, That is, if an individual states having a business or work relationship with the interested party, situation that is settled by the notifier in the relative records, and the same are signed by the third party, indicating their conformity with the declared and settled; Such evidence shall have full probative value in terms of what is established in article 46, section I, referred to above, provided that such manifestation has not been judicially declared as a simulation.

That is to say, the statements of a third party contained in the notification act are presumed legal, provided it is not demonstrated to the judicial authorities that they were the result of a simulation for the benefit or injury of the taxpayer, especially if the news act bears the autographic signature of the third party with whom the due diligence was understood.