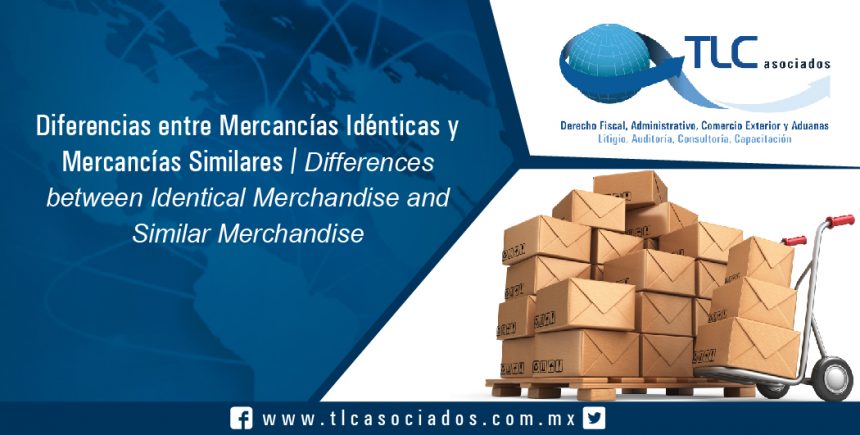 We bring to your attention the differences between similar merchandise and identical merchandise, to identify the correct concept in which the product is found, as this will impact on the transaction value of the same.

Pursuant to Article 37 of the Regulations for the Foreign Trade Act (RFTA), they are defined as:

Derived from the technical information on customs assessment, to calculate the transaction value in the same way with respect to identical and / or similar merchandise, the following criteria must be considered, as established by the World Trade Organization (WTO):

Important data according to articles 72 and 73 of the Customs Act (CA) to consider the transaction value in identical and similar merchandise.

Reviews of commercially attributable differences should be made with the following characteristics:

It shall not be considered identical and / or similar merchandise, those that incorporate or contain, as the case may be, for which the adjustments have not been made, and because such items have been made in the national territory:

According to article 65 of the CA.