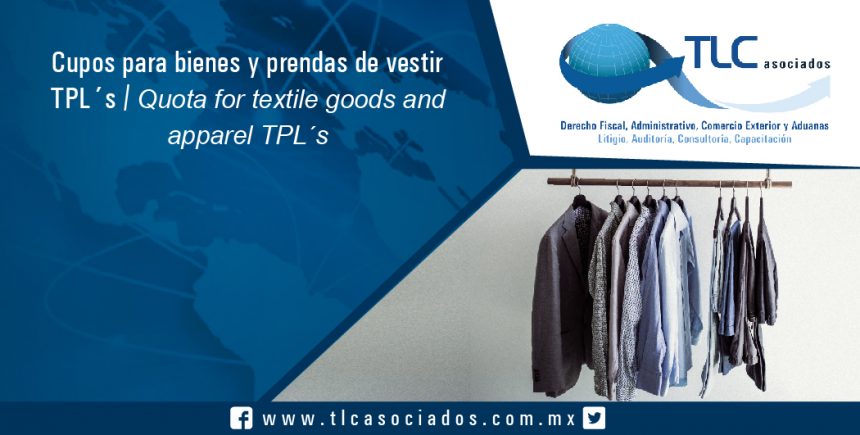 On January 26, 2017 the Official Federal Gazette published the agreement that discloses the quotas for import and export of non-originating textile goods and apparel, likely to receive preferential tariff treatment, under the North American Free Trade Agreement (NAFTA) of non-originating goods.

Now, with the intention to instructing foreign trade parties, the procedure for declaring the Certificate of Eligibility in the export request form is indicated, according to Article 36 A of the Customs Act, which states:

Article 36-A. For the purposes of Article 36, in relation to Article 6 of this Act, Customs Brokers and those who introduce or extract goods from the national territory and destine them to a customs regime, are obligated to transmit in electronic or digital form as annexes to the request form, except as provided in the applicable provisions, the information that is described below, which must contain the acknowledgment generated by the customs electronic system, according to which it will held as transmitted and presented:

According to the above, they must declare the following at a heading level on the request form:

For those companies that did not declare the Certificate of Eligibility during export, they can make the corresponding rectification as long as it complies with the following:

With nothing further we remain at your service if you should have any questions o need any clarification regarding the suggested herein.