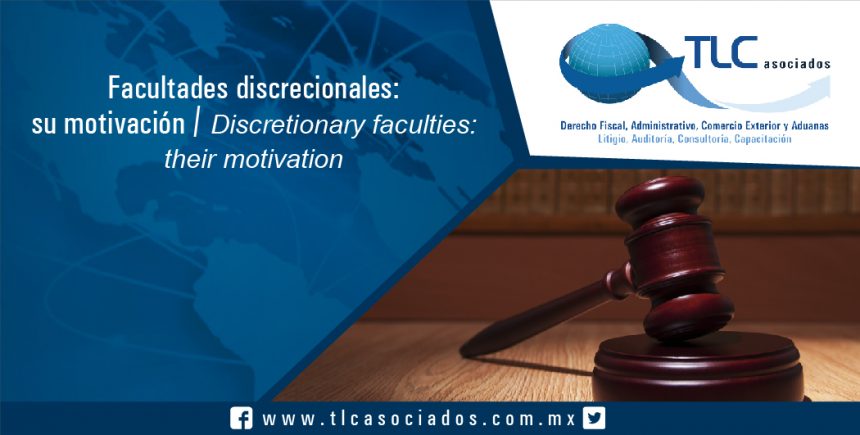 The actions of any authority are limited by the demands of the Constitutional article 16, number that states that no one can be bothered in its person, family, address, papers, or possessions, but in virtue of a written order from the competent authority that provides the legal grounds and reasoning of the procedure.

Even further, the execution of discretionary faculties must be limited in a way that it forbids the arbitrary acting of the authority, limitation that could come from the regulatory provision itself, which could establish specific parameters that narrow down the execution of the attribution reasonably, or the obligation of substantiating and motivating every act of the authority.

In this scenario, the exercise of the discretionary faculties must be duly substantiated and motivated, as it was determined by the Federal Tribunal of Administrative Justice, in the thesis of heading: “DISCRETIONARY FACULTIES. THEIR MOTIVATION”; from which,  the criterion in regards to the fact that the motivation of the discretionary faculties can be generally carried out, in a way that the legality of their execution can be verified, this means, the power that the official could exercise its faculties and in the cases in which the law establishes it, the conditions required for its exercise, is emphasized; thus, being attentive to the substantiation and motivation of the authority´s actions, even though they are discretionary, is the responsibility of the governed party.