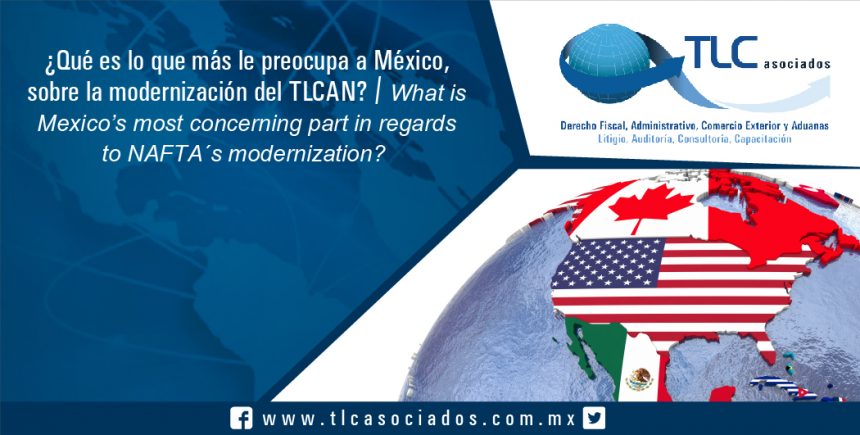 As it is well known, this May 18th, the Administration of the President Donald Trump notified to the Congress its intention to modernize the North American Free Trade Agreement with Mexico and Canada, establishing until August 6th, to make any type of consultation on issues of the NAFTA. After this date, the modernization will begin.

But, what is the main concern of Mexico in regards to this modernization?

This modernization will be a long negotiation between Mexico, United States of America, and Canada, nevertheless, the Under Secretary of the Secretariat of Economy, Juan Carlos Baker Pineda, declared that the Mexican government will not accept the imposition of taxes in the renegotiation of the NAFTA; and will look for the greater benefit of the country.