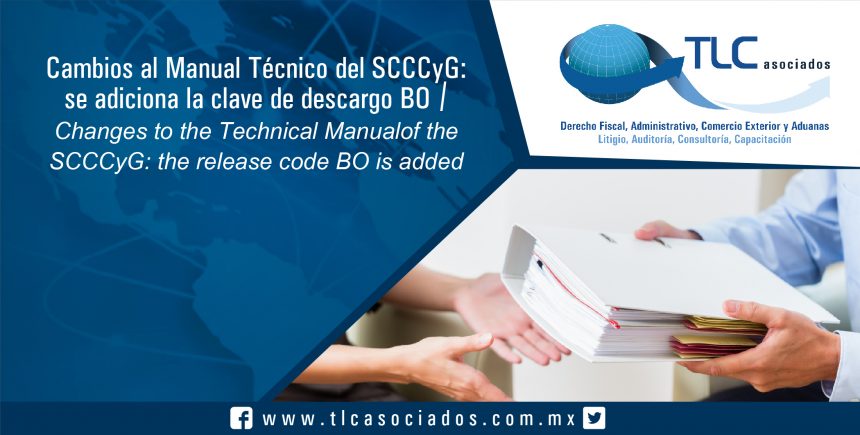 In the month of June 2016, the authority added changes to the “Technical Manuel for the integration of .txt files of initial inventory and releases reports of the Credit Accounts and Guarantees Control System” (SCCCyG), one of these changes was adding the to the manual the release code BO, causing controversy in the correct implementation of the payment within SCCCyG.

The authority in the manual of frequently asked questions indicates the following:

Must I report the code BO if in my account statement within the Credit Accounts and Guarantees Control System (SCCCyG) it appears as a charge?

R.- Yes, because the code BO refers to temporary exports for repair or substitution and return to the coutry; of fixed assets goods that had been previously imported temporarily by companies with IMMEX Program, or that had entered to an Strategic Fiscal Precinct, or any case of the code BO listed in the annex 22, Appendix 2.

From the above, it is considered by the authority that you must report the code BO once you have a code BO as a charge.

Different problems of the BO code.

It is known that currently there are many problems caused by the use of the customs code BO, some of them are:

From the different criteria that the authority handles, the recommendation is to carry out a correct control of the customs code BO, in the SCCCyG, carrying out the review of generated charges and payments.